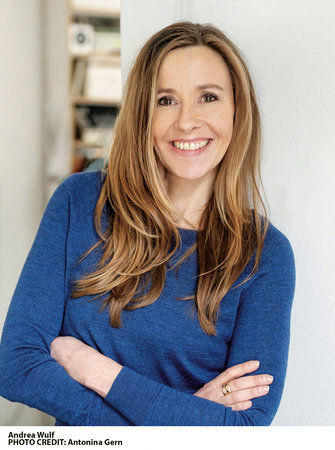 NDREA WULF was born in India and moved to Germany as a child. She is the award-winning author of several books, including Founding Gardeners, Brother Gardeners, and The New York Times best seller The Invention of Nature, which has been published in twenty-seven languages and won fifteen international literary awards. Wulf has written for many newspapers and magazines, including The New York Times, The Guardian, the Los Angeles Times, The Wall Street Journal, and The Atlantic. She’s a member of PEN America Center and a Fellow of the Royal Society of Literature. She lives in London.

The Adventures of Alexander Von Humboldt

The Invention of Nature

Magníficos rebeldes: Los primeros románticos y la invención del Yo / Magnificent Rebels The First Romantics and the Invention of the Self