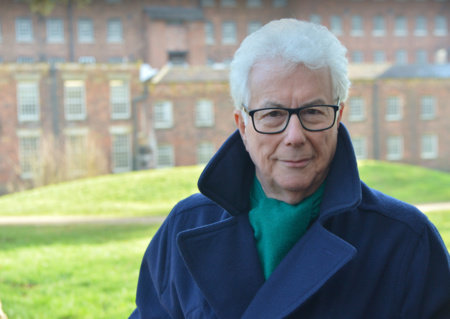 Ken Follett is one of the world’s best-loved authors, selling more than 188 million copies of his thirty-six books. Follett’s first bestseller was Eye of the Needle, a spy story set in the Second World War. In 1989, The Pillars of the Earth was published and has since become Follett’s most popular novel. It reached number one on bestseller lists around the world and was an Oprah’s Book Club pick. Its sequels, World Without End and A Column of Fire, and prequel The Evening and the Morning, proved equally popular, and the Kingsbridge series has sold more than fifty million copies worldwide. Follett lives in Hertfordshire, England, with his wife, Barbara. Between them they have five children, six grandchildren, and three Labradors.

The Armor of Light

The Evening and the Morning

Las tinieblas y el alba / The Evening and the Morning