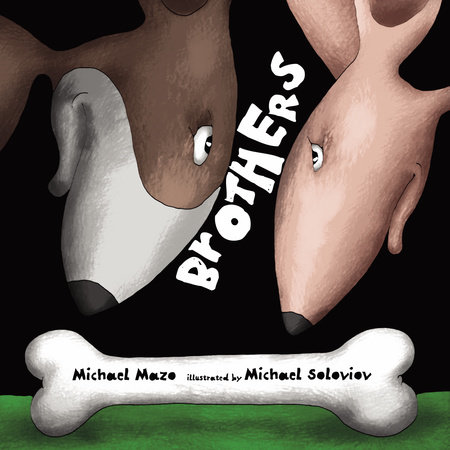 Whether the rivalry is about territory, possessions, the biggest, or the most, anyone with a sibling will relate to the ongoing competition between these two canines. Taken to ridiculous heights, this series of situations with surprisingly human overtones illustrates their ongoing struggle to get along. It’s a rivalry that knows no bounds.

Julius the Elder describes how he dominates, tricks, subdues, and, yes, even admires his exuberant young pup of a brother. William the Upstart, on the other hand, demonstrates he is his own dog whatever the consequences. The results are hilarious and tinged with history. In the end, no one would ever dare to question the singular bond demonstrated in Brothers.

This age-old subject has been given a new twist by two very funny men. It’s perfect for almost any occasion, especially if a good chuckle is in order. And as we laugh at the antics of Julius and William, we just may learn to laugh at ourselves.

Michael Mazo was born in Moscow and moved to Washington, D.C., as a child. He received his Bachelor’s degree from Brandeis University and Master’s from Yale. Shortly after graduating, he met the woman who would become his wife and bragged… More about Michael Mazo