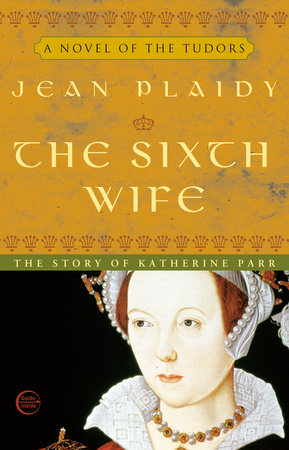 Katharine Parr married young to an older gentleman. Again in her second marriage, the caring Katharine nursed an elderly husband. Now in her thirties and a rich widow, Katharine longs to marry again—this time for love. The handsome and exciting Thomas Seymour promises Katharine a life of romance and happiness, and she eagerly accepts. King Henry VIII, meanwhile, is lonely after “putting away” his fifth wife, and begins to look for another. It is Katharine Parr who catches his eye—and is thrown into a life of danger and intrigue as the sixth wife of the fickle and ruthless Henry VIII. Katharine’s skills as a nurse serve her well with the ailing king, who relies on her to make him comfortable. But as the years pass, no sons are born, and no amount of nursing can distract the restless king from the knowledge that the time to produce more heirs is growing short. Amid religious strife in the court and the country, Katharine’s Protestantism makes her vulnerable to powerful nobles who would remove her from the throne, standing ready to provide the king with grounds to arrest the queen. Katharine and her companions live in constant fear of the king’s displeasure, which they know could lead quickly to execution. As Henry’s health worsens, they dare to hope that the queen will once again be a widow, and once again be free.

Katharine Parr’s story is one of forebearance and fear, of hope and heartbreak. When at last the queen is free to reunite with Thomas, she can finally let down her guard and begin the life she has longed for. But Katharine, who has survived constant threat of arrest at court, is finally undone by the man who has vowed to protect her.

1. Katharine urged her second husband, Lord Latimer, to downplay his religious convictions in order to avoid the king’s punishment. How far does she follow her own advice to keep dangerous opinions quiet from the court? Does she become bolder as her years with Henry pass? Why?

2. Katharine and her sister Anne agree that the wedding ring around Katharine’s finger is akin to a noose around her neck. Does this overstate the case? Does Katharine also derive benefits from the throne? Based on Katharine’s experience, is marriage to Henry a survivable state–or was it luck that saved her in the end?

3. In describing Henry’s style of leadership, Plaidy says that Henry threatens the nobility and courts the commoners. The reader experiences Henry’s reign through the eyes of the court. How do you imagine a commoner would view Henry VIII?

4. When Katharine asks the king for favors, Henry is pleased to be able to grant her that which he himself quietly wants, allowing him to feel at once benevolent and relieved. Do you think Katharine is aware of this dynamic? Does she orchestrate this dialogue to any degree, or is she sincerely appealing for favors on her own behalf?

5. Do Mary, Elizabeth, and Edward–bound by their relationship to the king but by little else–consider themselves a family? How would you describe their life in the palace? Having seen Henry’s queens come and go, why do you think the royal children allow themselves to become so attached to Katharine Parr?

6. Discuss Katharine’s friendship with Jane Grey. Why is the queen so fond of the young girl? Is Katharine a good role model for Jane? If Jane were to become Edward’s queen, what lessons from Katharine would help her in her role? Are there any ways in which Katharine’s example would be detrimental to the pair?

7. Dr. London’s plot to forge documents implicating Katharine as a heretic is foiled when Katharine takes a hand in her own fate, sending a message to those who would destroy her that this queen will not easily be put away. Does this bold and intelligent image ring true throughout Katharine’s reign as queen consort?

8. The author often takes us inside Henry’s head to witness the suspicions, longings, and justifications that lead him to act so unpredictably. Does this narrative device work to make him more sympathetic as a character, or more dangerous? Do his feelings about conscience and fraternity with God sound like insanity, or are they understandable as the musings of a man accustomed to great power?

9. Elizabeth has many of the characteristics that made her father a strong and respected ruler. Does she also have qualities that could lead her to repeat Henry’s cruelty? What do you see as weaknesses?

10. Anne Askew is in many ways a dangerous friend for Katharine to have. Why does Katharine risk so much to help her? Does Katharine relate to her friend’s religious zeal, or is she just trying to help a friend in need? Is she in any way responsible for Anne’s fate?

11. Henry VIII is described as a man of many moods and a fierce will. Henry himself repeatedly declares, “A king is still a man.” Amid his many personas–sensualist, sovereign, diplomat, conqueror, husband, patient, father–can you identify one “real” Henry? How would he describe himself? What might Henry the man have been like if he were not king?

12. After reading Wriothesley’s warrant for her arrest, Katharine despairs until Thomas Seymour urges her to fight for her life. Why does she not fight before this? Does she realize her advantage in having found the lost scroll, or could she have made more of the opportunity?

13. What does Thomas find so alluring about Elizabeth? How big a part of the appeal is her place in line for the throne? Without her political stature, would Thomas have risked so much to seduce her? How do Katharine and Elizabeth compare in his eyes?

14. Why does Surrey deliberately provoke the king with his words and actions? Is he motivated by the same kind of reckless delirium that Katharine sometimes feels–or is something else driving him? Does he harbor a real desire to take power from Henry, or does he court danger out of restlessness?

15. By her fourth marriage, Katharine is an experienced wife–but naïve in the ways of romance. Why does she not see hints of Thomas’ indiscretions earlier? Is she foolish to trust him? If she had known about his proposal to Elizabeth, do you think she would have married Thomas? How could she have saved herself?

The Irish Princess
Karen Harper
Back to Top