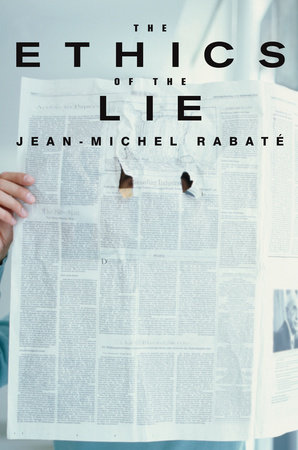 The Ethics of the Lie

About The Ethics of the Lie

Pinocchio knows: the unconscious knowledge of the conscious lie.

From little white lies to the deepest, darkest ones, it is an accepted fact that we–like the boy who cried wolf–lie very often, at least three times a day. The thesis of this erudite and entertaining book is that lies are structured like paradoxes. Lying is a common social manifestation that is fraught with contradictions: we lie quite frequently, but we hate liars, and we detest above all being lied to. We know that most politicians lie, hoping that they lie reasonably, as it were, but when they are caught in the act, their careers are ruined. The common root to these phenomena goes back to the paradigmatic figure of the paradox: I am lying but I tell the truth when I say that I am lying.

In The Ethics of the Lie, Jean-Michel Rabate examines this ancient problem in a new light, starting with a contemporary American context. He enters into the web of lies spun by the media, turns the microscope on the U.S. presidency, explores the dynamics of family lies, and even analyzes Hollywood&rsquo;s role in reenacting these dilemmas. Do we live in an age when disinformation has reached such a fevered pitch that we can dismiss everything presented as "fact" or "news"? In questioning this widespread skepticism, Rabate deconstructs the pathology of lies and their logical mechanisms, leading us back to the continuing debates of the great philosophers and their philosophical foundations–Plato, Nietzsche, and Aristotle–and in doing so, swears to tell the truth, the whole truth, and nothing but the truth. 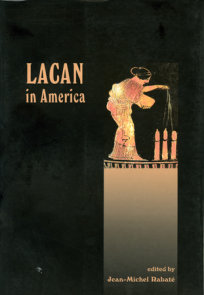 See all books by Jean-Michel Rabate

Jean-Michel Rabate is Professor of Comparative Literature at the University of Pennsylvainia, and has authored or edited over twenty books on modernist authors such as Joyce and Pound, and on literary theory, contemporary art, psychoanalysis, and philosophy.

“Jean-Michel Rabaté here proves himself to be a masterful docent of deception. In this marvelous new book, he leads us through a labyrinthine exhibition hall of lies–from the official and stately to the private and ignoble–while disclosing through deft philosophical and psychoanalytic analyses the illicit intercourse between truth telling and lying that structures both our political reality and our intimate relations.”

“Anyone who cares about the truth in general, and intending toward the truth in particular, will find this study of public lying and individual self-deception both harrowing and fascinating.”

“Here is a remarkable book that subtly explores the unconscious paradoxes underpinning our dealings with truth and lies. At the same time, it critically revisits our various arts of dissimulation and exhibition, from ancient Greece to modern times, moving deftly between both sides of the Atlantic. This is an enthralling and entertaining study of self-deception.”

"With this groundbreaking book, Rabate brilliantly explains how although we live in a world so full of lies, and each of us finds daily solace in being economical about truth, we still need to preserve the fantasy of truth-telling in order to keep democracy alive."

“The Ethics of the Lie is magnificent: both witty and learned to real purpose. It mixes yellow press journalism with the most erudite philosophical analyses in an admirable effort to understand that paradoxical truth: we are all liars.”

Table of Contents
Introduction: When “it was all lies” — 3

Conclusion: The Truth Comes from the Mouths of Liars— 258

Looking for More Great Reads?
21 Books You’ve Been Meaning to Read
Download Hi Res
The Ethics of the Lie

The Ethics of the Lie