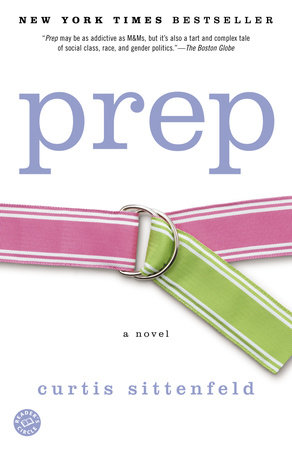 1. How does Prep differ from other books about teenagers you’ve read?
Reviews have cited the book as an unsentimental view of high
school and adolescence—do you agree? How does Lee Fiora’s point
of view relate to your own high school experience?

2. Throughout the novel, Lee describes herself as an outsider, partly
because of her scholarship-student status. How does Sittenfeld develop
this theme of fitting in racially and financially? What kind
of difficulties, both overt and subtle, do Little, Sin-Jun, Darden, and
other minority students encounter at Ault, and how does their outsider
status differ from Lee’s?

3. How does the school-wide game of Assassin temporarily transform
Lee? How do her interactions with her classmates during this game
empower her? Explore her guilt in “killing” McGrath.

4. Many readers and reviewers of Prep have described Lee as a passive
character. When is Lee submissive, and when does she act on her
desires, even if subconsciously? Does her level of assertion change
by the end of the novel?

5. Lee experiences friction with her parents when they visit Ault for
Parents’ Weekend. How has her relationship with them changed
since she left for boarding school? Her father states, “When you
started at Ault . . . I said to myself, I’ll bet there are a lot of kids
who’d think real highly of themselves going to a place like that.
And I thought, but I’m glad Lee has a good head on her shoulders.
Well, I was wrong. I’ll say that now. We made a mistake to let you
go” (202). Do you think Lee has changed in the way her father
claims she has?

6. Many reviewers have mentioned that Prep feels autobiographical
and reads like a memoir, but Sittenfeld denies that her novel
closely follows her life. Why, then, do you think Prep comes across
as so authentic and personal?

7. Is Angela Varizi, The New York Times reporter who interviews Lee,
manipulative in her interview? Do you think Lee intended, even if
subconsciously, to give a negative picture of Ault?

8. During Lee’s final conversation with Cross Sugarman, he tells her,
“You’ll be happier in college. . . . I think it’s good you’re going to a
big school, somewhere less conformist than Ault” (380). Why does
Cross think this, and do you agree with him? How do you envision
Lee changing after high school?

9. Reviewers have compared Sittenfeld to other authors in the boardingschool-
novel genre, including J. D. Salinger, John Knowles, and
Tobias Wolff. How does Prep differ from those other novels? How
does a female perspective affect Prep?

10. How does Lee’s adolescence compare to your own? Which of her
high school experiences resonate with you most?

The Feast of Love
Charles Baxter
Back to Top