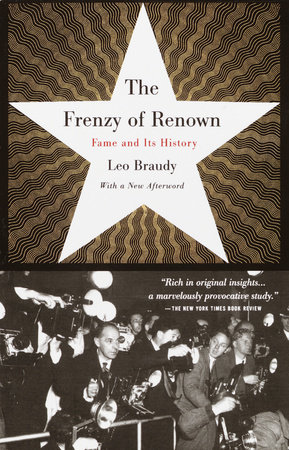 Fame and Its History

About The Frenzy of Renown

For Alexander the Great, fame meant accomplishing what no mortal had ever accomplished before. For Julius Caesar, personal glory was indistinguishable from that of Rome. The early Christians devalued public recognition, believing that the only true audience was God. And Marilyn Monroe owed much of her fame to the fragility that led to self-destruction. These are only some of the dozens of figures that populate Leo Braudy’s panoramic history of fame, a book that tells us as much about vast cultural changes as it does about the men and women who at different times captured their societies’ regard.

Spanning thousands of years and fields ranging from politics to literature and mass media, The Frenzy of Renown explores the unfolding relationship between the famous and their audiences, between fame and the representations that make it possible. Hailed as a landmark at its original publication and now reissued with a new Afterword covering the last tumultuous decade, here is a major work that provides our celebrity-obsessed, post-historical society with a usable past.

“Expansive . . . Braudy excels at rocketing a general point into the air with the fuel of drama. ”
—Harper’s 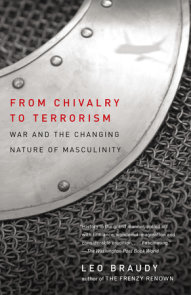 See all books by Leo Braudy

Leo Braudy is a University Professor and the Leo S. Bing Chair in English and American Literature at the University of Southern California. He previously taught at Yale, Columbia, and Johns Hopkins University. He has received a Guggenheim Fellowship as well as a… More about Leo Braudy