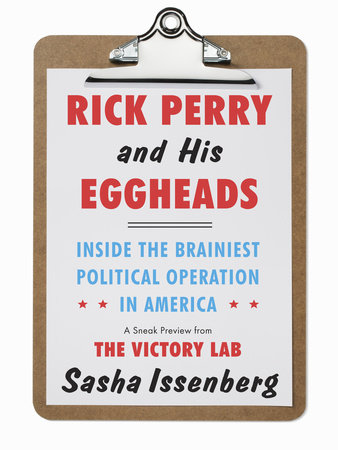 Inside the Brainiest Political Operation in America, A Sneak Preview from The Victory Lab

About Rick Perry and His Eggheads

A fascinating, never-before-reported look into how Rick Perry, in his 2006 reelection campaign in Texas, had academics conduct real-time experiments to study what makes people vote–revealing a new side of a major politician and a game-changing trend in American politics.

Despite his folksy personality and disdain for East Coast “elitists,” Texas governor Rick Perry helped spark a revolution in campaign politics. For his 2006 reelection effort, his top strategist, the imposing and profane Dave Carney, convinced Perry to invite a quartet of academics into the war room to gauge the effectiveness of various campaign tools. In the heat of the campaign, they ran live randomized experiments testing candidate appearances, yard signs, television ads, etc. No candidate had done this before, and no one has done it since.

Now, in this chapter-sized pull-out from his upcoming book, The Victory Lab, Sasha Issenberg brings us this ground-breaking story. With unprecedented access to Perry’s campaign team, including Carney, Issenberg shows how the four academics, known in Perry’s world as “the eggheads,” made great strides in understanding what works and what doesn’t in elections.

Written with energy, insight, and first-class reporting, Rick Perry and His Eggheads shows how social science, political machinations, and big personalities rebelling against conventional wisdom are reshaping the way we elect our leaders. 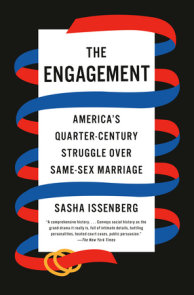 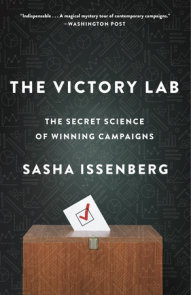 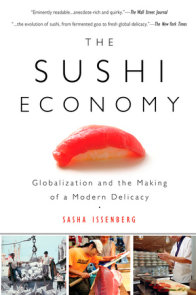 See all books by Sasha Issenberg

SASHA ISSENBERG is the author of three previous books, including The Victory Lab: The Secret Science of Winning Campaigns. He has covered presidential elections as a national political reporter in the Washington bureau of The Boston Globe, a columnist for Slate, and a contributor to… More about Sasha Issenberg