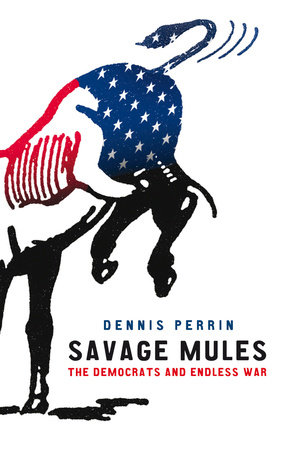 The Democrats and Endless War

Americans see the Democratic Party as the anti-war party: vacillating flipfloppers in the eyes of conservatives; or, in the liberal view, restrained, measured wagers of war as “last resort.” In November 2006, voters put the Democrats into Congress to bring an end to the Iraq war. Yet the Democrats supported the “surge,” giving Bush more money than he himself requested, and voted through the next $459.6 billion defense budget.

In this hard-hitting examination of their role in the War on Terror, political analyst and satirist Dennis Perrin shatters the myth of the reluctant-warrior Democrats. He explores Democrat collusion in the invasions of Afghanistan and Iraq and support for Israeli assaults on Gaza and Lebanon, while revealing their overlooked appetite for planning wars and selling them to the electorate. Compelling and bleakly humorous, Savage Mules shows a party at odds with its public image on this key issue in the race for the White House.