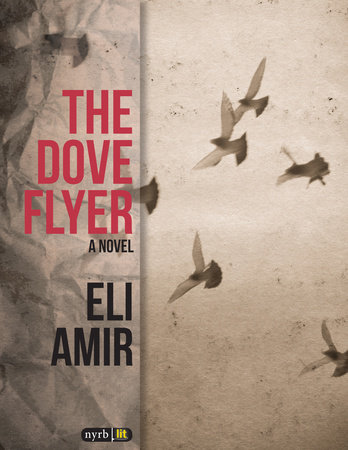 About The Dove Flyer

The Dove Flyer tells the story of the last years of the Jewish community in Baghdad, before their expulsion in 1950 and settlement in Israel. The young narrator, Kabi, watches as the members of his extended family each develop different dreams and a different sets of fears throughout these tumultuous, transitional times: his mother wants to move out of the new Jewish quarter and back to their old Muslim neighborhood where she felt safer; his father wants to emigrate to the promised land, the new State of Israel, where he will farm and grow rice; his uncle Hizkel, a Zionist, is arrested and taken off to prison to await trial and a possible death sentence; his headmaster, Salim, believes in the equality of Arabs and Jews; and his uncle Edouard just wants to hang out on the rooftop with his doves. Meanwhile, as World War II draws closer and Israeli statehood seems more assured, a noose begins to tighten around Jewish Iraqis. Houses are appropriated, Jews are beaten in the streets and hung in public, and young Kabi watches as the storied legacy of the Jewish community in Baghdad is dismantled piecemeal and finally decimated.  As for the land of milk and honey, there is neither milk, nor honey. It is a desert, a place as barren and coarse as the community Kabi and his family left behind was vibrant, bountiful, and dreamy.

“A touching coming-of-age story of a young teenager in Baghdad at the time of the controversial and complicated process of the Iraqi Jews’ immigration to Israel. . . . Kabi is a likable character who serves the role of narrating the labyrinth of life in Baghdad, all the while bringing with him an adolescent libido to rival the protagonist of an early Philip Roth novel. Kabi makes breathless journeys through Baghdad’s neighborhoods and is smuggled in and out of the prison where his uncle, a leading Zionist, is being held. All of this is done with a kind of wide-eyed adventurousness that gives the book something of a Tom Sawyer-on-the-Tigris feel to it.” – Haaretz