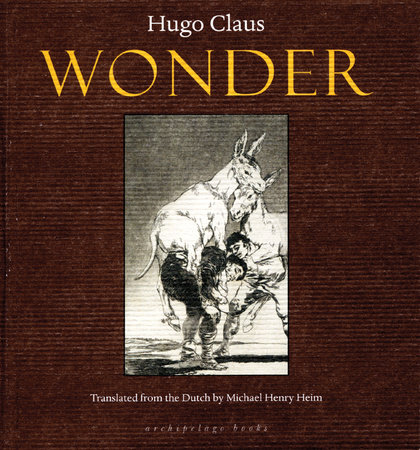 While exposing the remains of Flemish fascism twenty years after the War, Wonder tracks one man’s descent into madness. Victor, a bewildered teacher, pursues a mysterious woman to a castle in a remote village. There he finds himself trapped among a handful of desperate individuals still living out their collaboration with the Nazis. As Victor’s sanity begins to crumble, he poses as an expert on their messianic leader, who disappeared at the Russian front but whose return they believe imminent. The rich cadences of the prose and dense emotional texture of characters lost in complex moral labyrinths make Wonder a symphony only Claus could have composed. 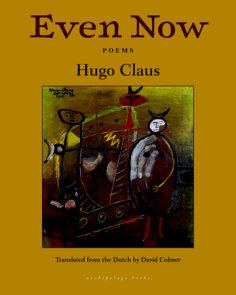 See all books by Hugo Claus

Claus rages against the decay of the physical self while desire remains untamed. From the beginning, his poetry has been marked by an uncommon mix of intelligence and passion, given expression in a medium over which he has such light-fingered control that art becomes invisible. —J.M. Coetzee

While fully aware that such an honorable title can only be used in great exceptions in Flemish literature, I would call Wonder a masterpiece. —Paul de Wispelaere, Vlaamse Gids

Claus’s work is just as broad as the soul is deep. —Gerrit Komrij

The greatest writer of my generation. —Remco Campert Fine and ambitious . . . A work of savage satire intensely engaged with the moral and cultural life of the author’s Belgium . . . Packed with asides, allusions, and fierce juxtapositions, a style created to evoke a world sliding into chaos where contrast and contradictions are so grotesque that we can only ‘wonder’. . . . [Wonder is] a reminder of the energy and experimental verve with which so many writers of the Fifties and Sixties (Malaparte, Bernhard, Grass, Böll, Burgess, Pynchon) conjured up [a] disjointed and rapidly complicating world. —The New York Review of Books

To speak today of a still largely-unknown major work on European Fascism . . . seems presumptuous, rather like announcing the existence of, if not a new continent, at least a land mass of strange and significant proportions. But in discussing Wonder, it would be churlish not to admit to an explorer’s exhilaration at discovery. —The National