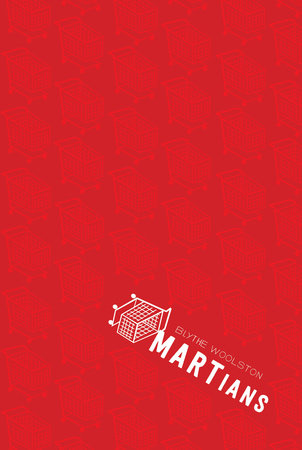 In a near-future world of exurban decay studded with big box stores, daily routine revolves around shopping—for those who can. For Zoë, the mission is simpler: live.

Last girl Zoë Zindleman, numerical ID 009-99-9999, is starting work at AllMART, where "your smile is the AllMART welcome mat.” Her living arrangements are equally bleak: she can wait for her home to be foreclosed and stripped of anything valuable now that AnnaMom has moved away, leaving Zoë behind, or move to the Warren, an abandoned strip-mall-turned-refuge for other left-behinds. With a handful of other disaffected, forgotten kids, Zoë must find her place in a world that has consumed itself beyond redemption. She may be a last girl, but her name means “life,” and Zoë isn’t ready to disappear into the AllMART abyss. Zoë wants to live. 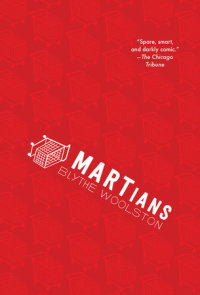 See all books by Blythe Woolston

Subtle callbacks to Ray Bradbury’s The Martian Chronicles enhance the mood of eerie devastation for those who catch the references but don’t detract for those who don’t. Cheery commercial scripts, news transcripts, and other ephemera of this plastic society punctuate Zoë’s narration, bearing witness to her grim environment, which, heartbreakingly, has no defeatable villain. A gorgeous and gut-wrenchingly familiar depiction of the entropic fragmentation of society.
—Kirkus Reviews (starred review)

Woolston, author of the Morris Award–winning The Freak Observer (2010), does a superb job creating a world that is part Kafka and part Orwell, while the regular integration into the narrative of quotes from Ray Bradbury’s The Martian Chronicles further lends an otherworldly quality. Told in Zoe’s flat, affectless first person voice—one that is beautifully articulated—the novel has an increasingly ominous tone that invites anxious speculation about the future of the three young people in a soulless world. The one is both haunting and unforgettable.
—Booklist (starred review)

Zoë’s flattened narration reflects the disjointed, disconnected nature of her existence, and while Woolston keeps the focus on Zoë, offhandedly mentioned details about her world (“I’m not an Otakusexual—although I respect toonophilia as a sexually responsible choice”) and chilling corporatespeak (“Your smile is AllMART’s welcome mat”) will set imaginations spinning. It’s a terrifying extrapolation of the here-and-now and, like much of Woolston’s fiction, far too close for comfort.
—Publishers Weekly (starred review)

Zoë’s voice is utterly distinctive…It’s not hard to have affection for Zoë.
—Chicago Tribune

The parody of media manipulation, commercialism and retail psychology (as parroted by the savvy, order-seeking Zoë) is often laugh-out-loud funny, but underneath the satire of MARTians is the story of girl in search of love and family wherever she can find it.
—Shelf Awareness for Readers

Readers [will] feel for Zoë, who has been abandoned and had her future co-opted by corporate greed.
—Bulletin of the Center for Children’s Books