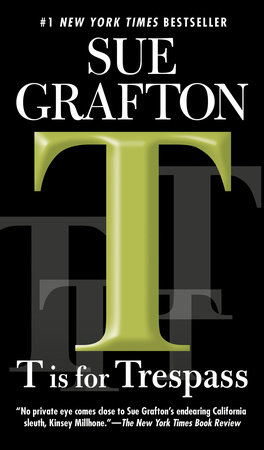 Part of A Kinsey Millhone Novel

In these chilling mysteries Kinsey Millhone reopens a cold case from 1969, babysits a rebellious heiress, tracks down a missing mother, and takes on a sociopath working as a caregiver.

This collection includes: Q is for Quarry, R is for Ricochet, S is for Silence and T is for Trespass

Also in A Kinsey Millhone Novel 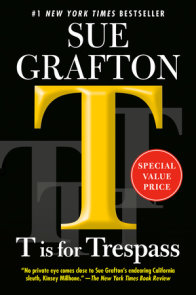 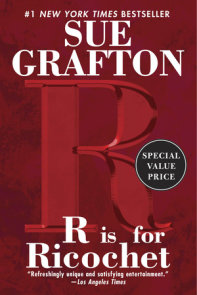 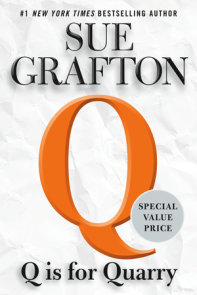 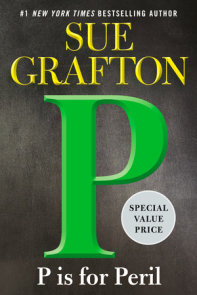 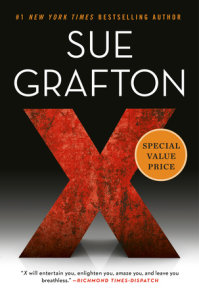 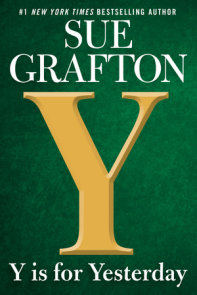 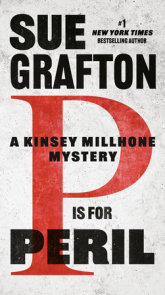 See all books by Sue Grafton

#1 New York Times bestselling author Sue Grafton first introduced Kinsey Millhone in the Alphabet Series in 1982 and since then, both writer and heroine have become icons and international bestsellers. Ms. Grafton is a writer who consistently breaks the bonds of genre while… More about Sue Grafton

Praise for Sue Grafton and the Alphabet Series

“I’m going to miss Kinsey Millhone. Ever since the first of Sue Grafton’s Alphabet mysteries, A Is For Alibi, came out in 1982, Kinsey has been a good friend and the very model of an independent woman, a gutsy Californian P.I. rocking a traditional man’s job…it’s Kinsey herself who keeps this series so warm and welcoming. She’s smart, she’s resourceful, and she’s tough enough to be sensitive on the right occasions.”—New York Times Book Review

“The consistent quality and skillful innovations in this alphabet series justify all the praise these books have received over the past 35 years.”—Wall Street Journal

“Grafton’s endless resourcefulness in varying her pitches in this landmark series, graced by her trademark self-deprecating humor, is one of the seven wonders of the genre.”—Kirkus Reviews

“Grafton is a writer of many strengths—crisp characterizations, deft plotting, and eloquent dialogue among them—and she has kept her long-running alphabet mystery series fresh and each new release more welcome than the last.”—Louisville Courier-Journal

“[Grafton’s] ability to give equal weight to the story of the detective and the detective story sets her apart in the world of crime fiction.”—Richmond Times-Dispatch