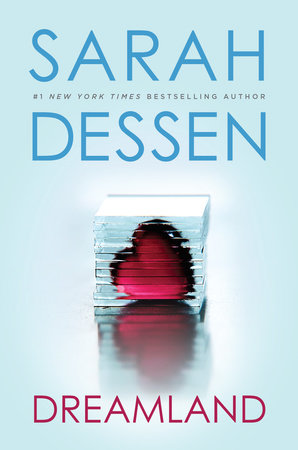 When he hit me, I didn’t see it coming, It was just a quick blur, a flash out of the corner of my eye, and then the side of my face just exploded, burning, as his hands slammed against me.

Strange, sleepy Rogerson, with his long brown dreads and brilliant green eyes, had seemed to Caitlin to be an open door. With him she could be anybody, not just the second-rate shadow of her two-years-older sister Cass. But now she is drowning in the vacuum Cass left behind when she turned her back on her family’s expectations. Caitlin wanders in a dreamland of drugs and a nightmare of sudden fists, trapped in her search for herself.

As violence becomes more and more prevalent in our world, one out of every five teenage girls in America will be beaten by a dating partner, and one third to one half of married women will be victims of abuse. Yet shame, fear, and assumed guilt keeps many in conspiracy of silence about this widespread but invisible anguish. Why do girls allow themselves to get into such relationships—and what keeps them there?

In this riveting novel, Sarah Dessen searches for understanding and answers through the mind of a young girl who suddenly finds herself in a trap of constant menace, a trap that is baited with love and need. More and more she must frantically manage her every action to avoid being hit by the hands that had seemed so gentle. All around Caitlin are women who care—best friends, mother, sister, mentor—but she can confide in none of them, especially not Cass, her brilliant older sister, whose own flight from home had seemed to point the way for Caitlin.

Dessen has here created a subtle and compelling work of literature that goes far beyond the problem novel in a story rich with symbolism, dark scenes of paralyzing dread, quirky and memorable characters, and gleams of humor. With the consummate skill and psychological depth that brought her praise for Keeping the Moon, she explores the search for self-identity, the warmth of feminine friendships, and the destructive ways our society sets up young women for love gone wrong.

Sarah Dessen grew up in Chapel Hill, where she teaches fiction writing at the University of North Carolina and recently married her high school sweetheart. Dreamland is her fourth novel for young people.

I Never Asked You to Understand Me

When She Was Good
by Norma Fox Mazer
Scholastic Paperbacks
Em’s huge, dangerous big sister Pamela is dead, but her voice goes on telling Em that she’s stupid and bad and deserves to be hit.

If you or someone you know is having trouble with partner violence, here are some organizations that you can turn to.

Advice, comfort, and referral for teens in violent relationships, available 24 hours a day.

“Love Doesn’t Have to Hurt Teens”

A teen-friendly website, sponsored by the American Psychological Association, that offers counsel to girls who think they may be headed for an abusive relationship.

A referral organization that works to develop national and local programs and distributes materials, like their guide for parents, “Helping Teens Stop Violence.”

A gathering of organizations and groups working to stop partner abuse. Distributors of the “Rough Love” video and teaching guide.

A CONVERSATION WITH SARAH DESSEN

How did you get started writing young adult fiction?

To be honest, I fell into it. But it is a voice that really works for me, partially because I live in my home town, and I’m very close to all of my friends from high school. A lot of my memories are very vivid because I’m still in the same place. It’s easy to reach back when you drive past your high school at least once a week.

Tell me how you came to write about dating violence.

I’ve had several friends—not myself personally, because I’ve been dating the same person since high school—who have been in bad relationships like this and I didn’t know until years later. Teenage girls are evolving so much and it’s so easy—the first time when you fall in love especially—to think maybe this is just the way it’s supposed to be, or “Nobody will ever love me again.” You don’t have the strength that you would have later, to walk away. In writing this book there was such a sense of having to be very, very careful with this topic and very responsible with it.

Because you may have readers who are in this situation looking to you for answers.

Exactly, although this is not a problem novel. I also felt I had to be responsible about the role of marijuana in the story. I worried that when Corinna and Caitlin are sitting on the couch together for endless afternoons looking at television and smoking pot that it was going to seem frivolous, like I was making it seem attractive. But Caitlin uses it to dull her senses, and Rogerson is the one who starts her on it, and it’s what enables her to endure his abuse. So I definitely needed it there, and I’m prepared for controversy.

Did your editor feel the same way?

I was so glad I was with Deborah Brodie for this book, because she allowed me to be true to my voice; she was respectful in not wanting to tinker with things too much, and that was great. And she has amazing insight—I could not have done better!

Patty Campbell is a longtime critic, librarian, editor, writer, and teacher in the field of young adult literature. She was the winner of the 1989 Grolier Award for distinction in the service of young adults and reading.

The Truth About Forever

Along for the Ride

Saint Anything
Back to Top