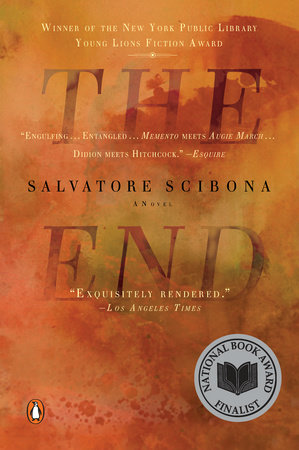 It is a sweltering August day in Elephant Park, Ohio. The year is 1953, the Korean War has recently ended, and the neighborhood’s population of Italian immigrants is preparing up for its annual festival for the Feast of the Assumption. As the festivities reach a riotous pitch and forces from outside the neighborhood cause tensions to rise, five different people, linked by a secret, collide into each other and are plummeted into the past.

Rocco LaGrassa, the neighborhood baker, has just learned that his son has died in a North Korean POW camp. Abandoned seventeen years earlier by his wife and two other sons, Rocco, makes an unprecedented decision to close his bakery and search for his errant family. Before he sets out, however, he receives an unexpected invitation to dine with his neighbor, Mrs. Marini, which he cannot refuse. Constanza Marini now ninety-three-years-old, performs illegal abortions with a tenderness she exhibits in no other facet of her life. Childless and widowed, she cares only for Lina and Ciccio Mazzone, a mother and son she has watched over for years. An apprentice in Mrs. Marini’s illicit profession, Lina has just returned to Elephant Park after a seven-year absence and Ciccio, now sixteen-years-old, spends much of his time with Mrs. Marini as he struggles to forgive his mother for her desertion.

As the festival surges on and Rocco, Mrs. Marini, and Ciccio settle in at the table, and Lina takes her place at the shop down the street, Salvatore Scibona unspools half a century of their shared history in Elephant Park. And he introduces a shadowy figure, a neighborhood jeweler lost in the crowd outside, as the man whose crime binds them all inextricably together.

Inventive, explosive, and cast from the racial, spiritual, and moral tension that has given rise to modern America, Salvatore Scibona masterfully reveals, through the events of one day, the entangled fates of these five Americans. A National Book Award finalist, winner of the 2009 New York Public Library Young Lions Fiction Award, and recipient of the inaugural Cape Cod Norman Mailer Award, The End heralds the arrival of an electric new voice in American fiction.

Salvatore Scibona’s fiction has been published in Best New American Voices and The Pushcart Book of Short Stories: The Best Short Stories from a Quarter-Century of the Pushcart Prize. He administers the writing fellowship at the Fine Arts Work Center in Provincetown, Massachusetts.


Learn More About The End
print

An Affair of Honor
Richard Marius

A Map of Home
Randa Jarrar

World and Town
Gish Jen
Back to Top