Hector and the Secrets of Love Reader’s Guide 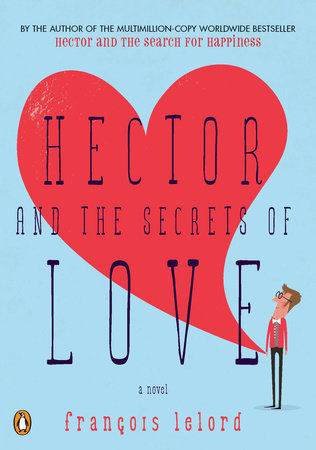 Hector and the Secrets of Love Reader’s Guide

print
Hector and the Secrets of Love Reader’s Guide

In this sequel to the worldwide bestseller Hector and the Search for Happiness, the eponymous hero, a young French psychiatrist with a philosophical streak, sets out on another globe-trekking journey. This time, he’s studying love, a subject that seems to cause an endless amount of suffering for his patients, and no small amount of difficulty in his own life.

When Hector’s girlfriend, Clara, a manager at a large pharmaceutical company, brings home an invitation to attend a business conference at an island resort, the pair sets off for a working vacation. At the conference, Hector is asked to share his insights about love. Clara’s boss Gunther reveals that Hector’s colleague and friend Dr. Cormorant had been hired to develop a powerful love drug for the company that, like Cupid’s arrow, could instantly create both lasting affection and passion between two people. However, Dr. Cormorant has escaped with the drug and his findings, and Gunther now wants to hire Hector to find him.

With growing doubts about his own relationship, Hector agrees to the mission and follows the trail to Cambodia, where Cormorant was last seen. What follows is a travel adventure twisting across Asia woven through with glimmers of romance and savvy insights about human behavior. In the tradition of French writers Voltaire and Saint-Exupery, psychiatrist and self-help author François Lelord has written an illuminating fairytale and life manual for readers of all ages.

After studying in France and the United Sates, François Lelord had a successful career as a psychiatrist in France. He is the co-author of a number of bestselling self-help books and has consulted for companies interested in reducing stress for their employees. Since the enormous success of Hector and the Search for Happiness in France and abroad, he has written three subsequent books about Hector’s journeys.

A CONVERSATION WITH FRANÇOIS LELORD

I would say that happiness is much better documented than love. Hector dares to write “happiness lessons,” as did ancient philosophers and modern psychologists. About love, he can just write “seedlings” to think about. On a personal side, I was more concerned about happiness when I wrote the first book, and more about love when writing Hector and the Secrets of Love.

Q. You seem to enjoy poking fun at your own profession, as in the comic opening moment when Gunther and his colleague wonder how anyone can stand being a psychiatrist. What misconceptions about the field would you like to clear up for readers?

In fiction, psychiatrists and psychotherapists tend to be shown either like dangerous lunatics or like all-knowing do-gooders. But the situation has much improved for the last years thanks to good TV shows like The Sopranos or In Treatment where the profession is shown in a more realistic way. I think Gunther and his boss have occupations where they are in control and can see the quick results of their decisions. They feel, rightly, that a psychotherapist, besides witnessing a lot of suffering, has less control and must endure the sometimes very slow progress of his patients, which would be unbearable for these action-oriented guys!

Q. The older psychiatrist that appears at the island conference is named François. Can we assume that this figure is a stand-in for you? What does this character represent to you, and what is his role in the story?

It’s a kind of self-inflicted joke. I am still much younger than the Old François, but I think of becoming like him someday… Old François is like a mentor and supervisor for Hector.

Q. The connection between Vayla and Hector, which exists outside of language, would seem to defy much of what we think we know about love. Would you say that it makes their relationship more pure or profound?

A French writer, Romain Gary, wrote about two lovers not sharing any common language, saying they were lucky because they did not have to deal with the language barrier. I do believe that strong passion and understanding can arise without common spoken or written language. Passion is about emotions, and their facial expressions are universal whatever the culture or the ethnicity. Obviously, for the relation to last, a common language must be learned. Among my favorite movie moments are the love and language-learning sequences between Pocahontas and Captain Smith in The New World by Terence Malik. It brings me to tears every time.

Q. As Hector travels around the world, he makes some important observations about different cultures, such as the fact that in Cambodia people might not find it strange to observe their parents having sex, while this remains a huge taboo in Western society. What can psychiatrists learn from anthropology? Do you think these observations can be useful in a treatment setting?

It may make us realize that some of our psychology theories are very Western, early-twentieth-century oriented. But there are complex interactions involved: obviously if you are raised in a puritan society—like Vienna upper class in 1900—seeing your parents making love may traumatize you. In societies where sex, even if always controlled by social rules, is not that much related to sin, the consequences are different. For me, anthropology is more interesting when it shows the common human nature behind apparent differences. Darwin was a genius about that point as much as for his findings about evolution.

Q. With all of the amazing advances that have been made in psychopharmacology, it’s not hard to imagine that some company out there isn’t working on a drug like the one you describe here. Is a real-life love drug something we should be worried about?

I may think so. Psychopharmacology is not even one century old—it’s a very young science. And brain exploration makes quick progresses, thanks to continuous progress of sophisticated brain imagery… More than thirty years ago, when I was still in medical school, brain scanner images looked like blurred screen captures of an old black-and-white TV. Today we have functional imagery showing local variations of brain metabolism according emotions, tasks in progress, or substances in the system. We are on the verge of diagnosing some mental disorders like child autism on imagery signs. What about in thirty years from now?

Q. Throughout the book, Hector turns to poetry to learn more about the universal experience of love. How did you choose these particular poems to include in the book?

I like the Racine Berenice verses because they’re striking descriptions of love at first glance, a very disordered feeling, expressed in a exquisitely elegant seventeen century French. And Lullaby, that Auden poem, has always touched me.

Q. In an e-mail to his bosses at the pharmaceutical company, Professor Cormorant asks, “Who are you to think you can tame love?” Is this a question you asked yourself as you wrote this book?

It’s a Cormorant question, but yes, I could imagine a regime fond of social engineering deciding who can fall in love with whom. Former Eastern bloc countries made their best to favor marriages of athletes, with the expected gifted good offspring. Singapore’s government today openly favors marriages between bright students. But in these situations, individuals still have a choice—it may not be the case with the help of psychopharmacology.

Q. Which of Hector’s insights about love has been most useful or resonant for you since you finished writing?

Love is resisting temptation… No, I am joking! I think the last comments of Hector about the components of true love, which are exactly the opposite of the ones of breaking up, are very resonant for me today. I hope it will last.

Q. You have deliberately chosen to leave the end of the story open—in fact, you have given readers a couple of alternative scenarios to choose from. How have readers responded to this ending?

Bizarrely, I did not get specific reactions about that. Maybe it pleased everyone; you can choose your preferred ending—the reader has the director’s cut!


Learn More About Hector and the Secrets of Love
print

Murder in the Age of Enlightenment
Ryunosuke Akutagawa

The Life and Death of Sophie Stark
Anna North

Rules of the Wild
Francesca Marciano

The Bear and the Paving Stone
Toshiyuki Horie

I Was Behind You
Nicolas Fargues

Women with Big Eyes
Angeles Mastretta
Back to Top