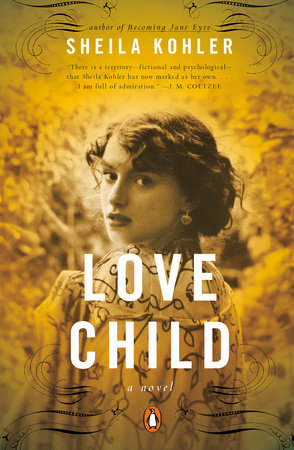 INTRODUCTION
“She thinks of the women in her life: her mother, her three maiden aunts, Gladys, her sisters, Helen. She has always been surrounded by women who kept secrets in shaded, silent places, but the secrets did not keep them.” (p. 11)

At the age of forty-eight, Bill finds herself a wealthy widow. The splendor of her home and jewels, however, does not compensate for her loneliness. Shunned by polite Johannesburg society and effectively abandoned by her two teenage sons, she passes her days in an alcoholic fog. But when Bill’s accountant, Mr. Parks, suggests she write a will, her reflections stir vivid memories of a youthful folly and the punishment that was exacted in its wake.

Bill’s father was a South African diamond evaluator of British descent who “looked down on the Afrikaners” (p. 16) while working hard to support his wife and their four children. He doted on Bill, the family beauty, and relied upon her to help her hapless mother manage the household. Bill’s mother, in turn, leveraged her husband’s fondness for their middle daughter by sending her to fetch him back from the office whenever an “emergency” arose at home.

It was on one such excursion that Bill met Isaac. She’d already heard about her father’s handsome co-worker from her sister Pie, who stifled her own attraction to Isaac because he was Jewish and she knew their father would never approve of him as a suitor. But at seventeen, Bill was bored. “She wanted excitement, even danger. She was restless and reckless. She wanted to fall in love” (p. 16).

After a brazen flirtation, Bill and Isaac began to meet in secret because of their differing faiths; “neither of them had dared to invite the other home” (p. 34). Certain that their families would relent once they were wed, the infatuated couple eloped to Kimberley, where Bill had three adoring maiden aunts who she was certain would help them. When none of the aunts agreed to stand witness to the marriage, Bill enlisted Gladys, her aunts’ faithful mixed-blood servant, in their stead.

The newlyweds’ romantic lark abruptly ended when Bill’s parents arrived and insisted that the marriage be annulled. Flustered by her father’s disapproval and her mother’s tears, Bill allowed them to send Isaac away. After her parents’ departure, Bill became a virtual prisoner in her aunts’ genteel household. Gradually, Bill realized that she was suffering from morning sickness, and after the birth of her love child, the baby was taken away for adoption, to Bill’s horror.

Both chilling and deeply moving, Love Child unravels the chain of events that led Bill from scandal to the gilded cage in which she resides thirty years later. In the exquisitely sparse yet evocative prose that has earned her international acclaim, Sheila Kohler crafts a haunting portrait of a woman whose life has been ruthlessly circumscribed by others and is now left to navigate the scant choices that remain.

Sheila Kohler was born in Johannesburg, South Africa. She received her undergraduate degree in literature from the Sorbonne, a graduate degree in psychology from the Institut Catholique, and an MFA in writing from Columbia University. Her work has won numerous awards and nominations, including two O. Henry Prizes, a Willa Cather Prize, and an Impac Award nomination. The film adaptation of her novel Cracks, starring Eva Green, was released in March 2011. She teaches at Princeton University and Bennington College and lives in New York.

A CONVERSATION WITH SHEILA KOHLER
Q. Your last novel, Becoming Jane Eyre, is about Charlotte Brontë and the writing of her timeless novel. Do you see Brontë and Bill as similar in any way? What drew you to each?

There are some curious parallels between Jane Eyre and Bill’s life, which is based to some extent on my mother’s. Bill works in a family for a married man, as does Jane Eyre, and ends up marrying him. Of course, the mad wife in the attic is replaced in Bill’s case by a very sane and intelligent wife, Helen. But Helen, too, suffers from a mysterious malady which Bill discovers after some time just as Jane discovers the existence of the real Mrs. Rochester.

Q. Your prose is very lean, so one has the sense that every word is included for a reason. When Bill hides her jewels in a tin of Craven “A” cigarettes, are you deliberately evoking The Scarlet Letter? Do various characters’ references to The Mill on the Floss, Jude the Obscure, and The Brothers Karamazov hold any significance?

I was definitely not thinking about any of these classical references, but I don’t think we are always aware as writers what unconscious motives might make us choose a word, an image, or even a theme.

Q. Except for the three sisters, all of the characters are rather conventionally named. Why did you choose to call them Pie, Bill, and Haze?

Pie and Haze are actually the names of my two aunts, and Bill is the nickname my mother was given. I was writing from life here entirely, though all the names seemed appropriate. The names of the three maiden aunts, too, were from life: Maud, May, and Winnie, short for Winifred. Their story, of a father who leaves a will so that they cannot marry without relinquishing their income, is also drawn from life.

Q. What initially inspired you to become a writer?

It is hard to say where the desire to write comes from, but certainly I was influenced by my aunt named Hazel in life and in the book, who read my sister, my cousin, and me the first chapter of Jane Eyre when I was seven years old. It made a tremendous impression on me and perhaps gave me the spark to try and do something similar of my own.

Q. Your first story was published in 1987. How has your approach to the craft changed over time? Has writing become easier or more difficult?

I have learned, I believe, to have more confidence in myself as a writer and also, perhaps, to think of my reader more than I did initially. I’m not sure that the process has become any easier. Each time you go to the blank page the struggle begins again, though always for me with a kind of excitement and delight.

Q. Is there a reason you set the novel in this time period? Was there anything of historical significance occurring at the time?

I used the period of my mother’s life. So many things occurred during this time: two world wars, for example. But South Africa was removed and isolated to some extent from the great cataclysms of the time. However, I remember my mother saying that so much had changed during her lifetime, that so much had been invented: commercial airplane travel, for example.

Q. Although you were born and raised in Johannesburg, South Africa, you have spent your adulthood living in Europe and the United States. Do you see yourself primarily as a South African writer? If so, what does that mean to you? If not, why are many of your books set there?

I suppose the place of childhood is particularly important in each writer’s life. Though I was only there as a child, South Africa has continued to be a source of inspiration for me and I am currently embarked on a short story that takes place there. It is such a vivid place in so many ways: the bright sunlight, the luxuriant nature, and the juxtaposition of all this beauty with violence. Still, I don’t think of myself as a South African writer but rather an immigrant writer, a citoyenne du monde, someone who doesn’t really belong anywhere.

Q. Bill has a mother who is ineffectual. How do you believe the lack of a strong maternal force influences a woman’s future happiness?

This is the old question of nature and nurture, and the older I get the more I believe that we are born with a certain character and that life and our experiences—and our mothers, of course—alter this to some extent, but not irremediably for most of us. I have the feeling that Bill would have been who she was with or without the ineffectual mother.

Q. As a teacher of writing, what are the most essential lessons that you try to communicate to your students?

I try to give my students the freedom to find their own voices and their own material and at the same time to teach them some basic elements of craft by suggesting they read the great masters and try to learn from them.

Q. What do you see as the author’s role in society?

An author’s role is to make art, I believe, which concerns writing down the truths of life as he or she perceives them to the best of his or her ability and turning these truths into a story. If, out of this process, one is able to make people more aware of injustice in the society around us, that is certainly all to the better (one thinks of the great novels of Dickens, for example), but I don’t think it can be our primary aim.

Q. What are some of your favorite novels? Who are your literary influences?

Always such a difficult question to answer; I have so many favorite authors and so many influences. The great Russians: Chekhov, Dostoyevsky, and Tolstoy; the French, especially Flaubert’s great novel, Madame Bovary, which is perhaps the perfect novel; and of course, my old English favorite, Dickens (I was very sad to hear from my students this semester that they had never read David Copperfield and had not made the acquaintance of Uriah Heep and Mr. Micawber); and of course the great women writers of the nineteenth century: George Eliot, Charlotte, Emily, and Anne Brontë. All these writers and many others have influenced me, and helped me, and I have been particularly inspired by my fellow countryman and Nobel prize winner, J. M. Coetzee, as well as my colleague Joyce Carol Oates.

I have just completed a draft of a novel called The Bay of Foxes. It is about a famous French writer (loosely modeled on Marguerite Duras) who disappears under mysterious circumstances. The novel is told from the point of view of a young Ethiopian aristocrat who works as the writer’s secretary after she picks him up in a café in Paris. As in my novel Cracks there is a crime in the novel, and I found it very disturbing to write. It came to me unusually fast and took me to places where I have lived: Paris, Sardinia in the summer, and Rome.

The Idea of Perfection
Kate Grenville

King of the Jews
Leslie Epstein

Net of Jewels
Ellen Gilchrist
Back to Top