You Know When the Men Are Gone Reader’s Guide 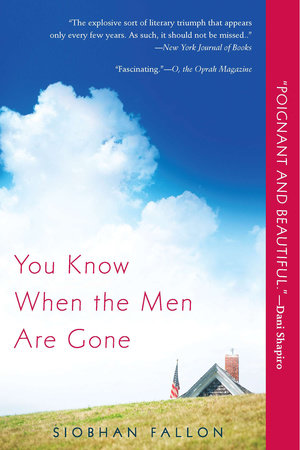 You Know When the Men Are Gone Reader’s Guide

print
You Know When the Men Are Gone Reader’s Guide

There is an army of women waiting for their men to return to Fort Hood, Texas. As Siobhan Fallon shows in this collection of loosely interconnected short stories, each woman deals with her husband’s absence differently. One wife, in an attempt to avoid thinking about the risks her husband faces in Iraq, develops an unhealthy obsession with the secret life of her neighbor. Another woman’s simple trip to the PX becomes unbearable when she pulls into her Gold Star parking space. And one woman’s loneliness may lead to dire consequences when her husband arrives home. In gripping, no-nonsense stories that will leave you shaken, Siobhan Fallon allows you into a world tightly guarded by gates and wire. It is a place where men and women cling to the families they have created as the stress of war threatens to pull them apart.

Siobhan Fallon lived at Fort Hood while her husband, an Army major, was deployed to Iraq for two tours of duty. She earned her MFA at the New School in New York City. She lives with her family in Monterey, California.

Learn More About You Know When the Men Are Gone
print

East of the Mountains
David Guterson