The Time Between Reader’s Guide 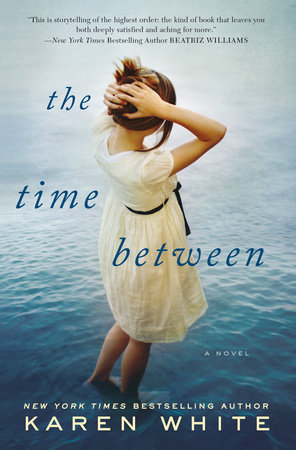 The Time Between Reader’s Guide

print
The Time Between Reader’s Guide

Thirty-four-year-old Eleanor Murray is consumed with guilt for causing the accident that paralyzed her sister-and for falling in love with her sister’s husband. But when her boss offers her a part-time job caring for his elderly aunt, Helena, Eleanor accepts, hoping this good deed will help atone for her mistakes.

On the barrier island of Edisto, Eleanor bonds with Helena over their mutual love of music. Drawing the older woman out of her depression, Eleanor learns of her life in Hungary, with her sister, before and during World War II. She hears tales of passion and heartache, defiance and dangerous deception. And when the truth of Helena and her sister’s actions comes to light, Eleanor may finally allow herself to move past guilt and to embrace the song that lies deep in her heart.

Karen White is the New York Times bestselling author of fifteen previous books. She lives in Atlanta, Georgia, with her husband and two children.

A CONVERSATION WITH KAREN WHITE

One of the recurring themes in your books is the bond between sisters. What is it about sisterhood that provides so much inspiration?

Because I grew up with three brothers, my life long wish was for a sister. I was horribly jealous of my friends who had sisters, knowing in my heart that my life would never be complete without a sister. My mother was the oldest of six children-five of them girls-and my fondest childhood memories are listening to my mother and aunts doing their “southern sister girl talk”. It is their voices and mannerisms that I hear and see in my head while I’m creating my fictional sisters.

Your books often play with real events or historical facts-did The Time Between have a real-life inspiration?

For this particular book, I was inspired by a news story about two elderly twin sisters who’d once sung with Bing Crosby and were renowned beauties. And then, for some inexplicable reason, they stopped leaving their house, or returning phone calls, or answering their door. This went on for years until they were found deceased in their home-from natural causes. They had died within days of each other. I wanted to know why they’d become recluses-what happened? This question kept on pecking at my brain, and I knew that I had the seeds for a book.

Why did you decide to make Helena and Bernadett Hungarian? Is Hungary a country you’ve ever visited?

After deciding that the book would have World War II as a foundation of one of the plot lines, I knew I had to use Hungary. Hungary had a very unique and precarious position during the war. It was an Axis power, allied with the Third Reich as a lesser of two evils. The Hungarian government was more afraid of the Russian Communists than of Hitler, and so an uneasy alliance was formed. But it was because of this that the Jewish citizenry, although not immune, escaped much of the terror that Jews were facing in Nazi occupied countries. At least until the very last year of the war when Hungary tried to ally itself with the Allied powers and failed-leaving itself vulnerable to Nazi occupation, and the forced deportation of nearly 500,000 Jews in a three month period in 1944. It is as unbelievable as it is heartbreaking, and I knew it would be a powerful backdrop for my story.

I read a lot for the research for this book, but I was lucky enough to schedule a trip to Budapest while writing the book. I am so glad I did! I think the details and ambiance of the city really added to the “immersion” into the story that I like to provide for my readers.

The story begins with a near-death experience-is this something that has ever happened to you or someone you know?

I have never had a near-death experience nor do I know anybody who has. However, when I was in middle school, I read my first account of a near-death experience and I’ve been fascinated by the concept ever since. There is so much documentation on the subject, from people from all over the world and throughout history, that it does give one pause. And for me, I knew it would be great fodder for a novel.

There are no villains in this story, which is something the reader realizes once they “see” it from the other characters’ point of views-is that why you decided on three different narrators?

Absolutely. When I first started the book, I thought I’d only have two narrators-Eleanor and Helena-since both plot lines revolve around them. But then I realized how important Eve’s character was to both Eleanor’s past and present. Seeing Eve through Eleanor’s eyes made the reader very biased against her and I thought that made her very one-dimensional. The best way to flesh Eve out for the reader was to let the reader into her head.

Is it hard to write a story with no real villains, only protagonists?

I write as true to real life as I can, and in real life-with notable exceptions-there are no completely good or bad people. Everybody makes mistakes, or bad choices. It’s how we live with them that make us the people we are. Eleanor and Helena have made mistakes and bad choices-but they have learned from them and are more interesting characters because of it.

What was the hardest thing for you to write in The Time Between?

Helena’s story was the hardest part to write. It’s truly heartbreaking. I had to put myself in her shoes, on a dark night with bombs falling from the sky, and figure out what she would have done with the information she had at the time-and there really was no other answer. The consequences were devastating, but not intentional. She’s one of my favorite characters I’ve created because of how strong she is-how she was able to move forward despite the guilt she carried for so many years.

Learn More About The Time Between
print

After the Rain
Karen White

The Things We Do for Love
Kristin Hannah

Between Husbands and Friends
Nancy Thayer

The Silver Boat
Luanne Rice
Back to Top