The Cleaner of Chartres Reader’s Guide 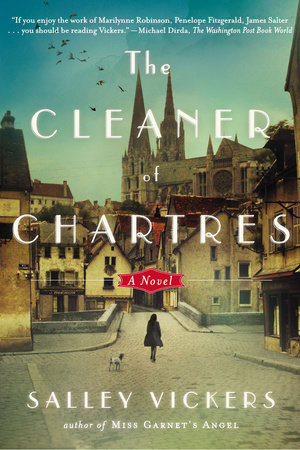 The Cleaner of Chartres Reader’s Guide

There is something very special about Agnès Morel. A quiet presence in the small French town of Chartres, she can usually be found cleaning the famed medieval cathedral or doing odd jobs for the townspeople. No one knows where she came from or why. Not diffident Abbé Paul, nor lonely Professor Jones, nor even Alain Fleury, whose attention she catches with her tawny eyes. She has transformed all their lives in her own subtle way, yet no one suspects the dark secret Agnès is hiding.

Then an accidental encounter dredges up the specter of her past, and the nasty meddling of town gossips forces Agnès to confront her tragic history and the violent act that haunts it.

Salley Vickers is a former university professor of literature and Jungian psychotherapist. Vickers’s first novel, Miss Garnet’s Angel, was a book club favorite and an international bestseller. She lives in London and is currently Royal Literary Fund fellow of Newnham College, Cambridge, UK.


Learn More About The Cleaner of Chartres
print
Back to Top