Narrative of the Life of Frederick Douglass, an American Slave & Incidents in the Life of a Slave Girl Reader’s Guide 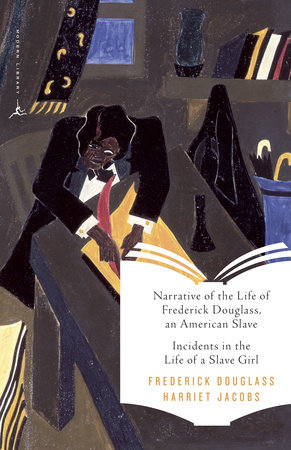 Narrative of the Life of Frederick Douglass, an American Slave & Incidents in the Life of a Slave Girl Reader’s Guide

print
Narrative of the Life of Frederick Douglass, an American Slave & Incidents in the Life of a Slave Girl Reader’s Guide

1. In what ways do you think the abolitionist movement speaks to or even defines the social climate described by both Douglass and Jacobs?

2. Literacy plays a key role in Frederick Douglass’s journey to freedom. Discuss other factors in his emancipation. What role does violence play, for example?

3. Were the slaveholders justified in their assessment of the lives of Northern factory workers? Discuss.

4. How is Douglass’s narrative affected by the omission of his actual escape? Why do you think he does this?

5. Discuss the narratives of both Douglass and Jacobs in view of conventional literary biographies. How do the recordings of their experiences differ, if at all?

6. Discuss the role of religion as described by Douglass and Jacobs. What belief systems does each embrace?

7. Is the kind of escape discussed by Douglass even possible for Jacobs? How does her gender shape her experience of slavery?

8. What is the significance of Jacobs’s status as a mulatto? How does this inform her experience?

9. Do Douglass and Jacobs depict the black family as disrupted by the institution of slavery? How do families cope? Discuss.

Learn More About Narrative of the Life of Frederick Douglass, an American Slave & Incidents in the Life of a Slave Girl
print

My Face Is Black Is True
Mary Frances Berry

The True History of the First Mrs. Meredith and Other Lesser Lives
Diane Johnson