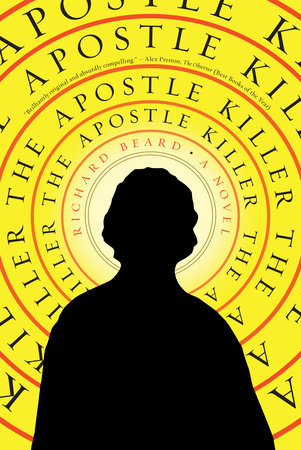 About The Apostle Killer

Set in a hazy Middle East that seems at once ancient and modern, The Apostle Killer features Gallio, an aging, hardboiled investigator who has one last chance to save his career: He’s got to prove Christ’s resurrection was a hoax.

To uncover the conspiracy behind the so-called resurrection, Gallio figures all he needs is for one of the apostles to crack. The only problem is that one by one, the apostles keep dying—and in ever more grotesque ways—just before Gallio gets to them.

Racing to save both his case and the witnesses he needs to solve it, Gallio begins to suspect he’s become the unwitting pawn in the plot to kill the apostles . . . but who’s behind it? And to what end? As Gallio realizes even his own superiors are not to be trusted, The Apostle Killer transforms from a dazzling literary experiment into a moving, haunting work of art.

Listen to a sample from The Apostle Killer