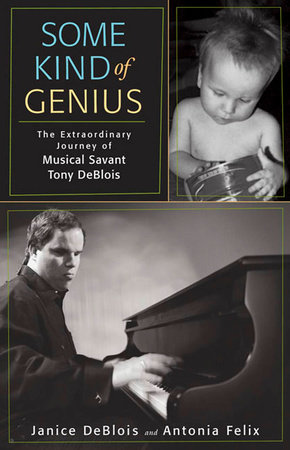 By Janice Deblois and Antonia Felix

By Janice Deblois and Antonia Felix

About Some Kind of Genius

Ever since he was born–blind and weighing less than two pounds–Tony DeBlois has been defying the odds and wildly surpassing others’ expectations. Diagnosed early on as autistic, at two years old his talent for music was revealed when he played “Twinkle, Twinkle Little Star” on a toy piano. Going on to graduate with honors from the Berklee College of Music, today Tony leads an improvisational jazz ensemble and performs solo shows from Dublin to Taipei and even Washington, D.C.’s Kennedy Center.

Some Kind of Genius weaves details of Tony’s amazing musical accomplishments–he can play 20 instruments–with a fascinating look at savant syndrome, in which a person with certain developmental limitations exhibits brilliance in some other aspect of his life. Tony’s fiercely devoted mother, Janice, also tells of her own crusade–not only for the rights of her son but also on behalf of all those with special needs. 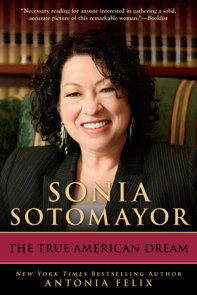 See all books by Antonia Felix

Antonia Felix is the author of more than fifteen nonfiction books, including bestselling political biographies of Condoleezza Rice and Laura… More about Antonia Felix