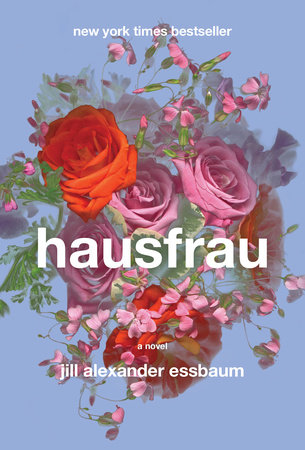 David Ebershoff, Vice President & Executive Editor, Random House, offers insights into his work with author Jill Alexander Essbaum on her debut novel, Hausfrau. Hausfrau is an unforgettable story of marriage, fidelity, sex, morality, and most especially self. Navigating the lines between lust and love, guilt and shame, excuses and reasons, Anna Benz is an electrifying heroine whose passions and choices readers will debate with recognition and fury. Her story reveals, with honesty and great beauty, how we create ourselves and how we lose ourselves and the sometimes disastrous choices we make to find ourselves. How did the fact that Jill Alexander Essbaum had primarily written poetry before beginning Hausfrau influence her approach to the novel form and the development of her narrative prose voice? Jill’s poetic sensibility is everywhere in Hausfrau.  When we say a novel is poetic, we often mean lyrical or even pretty.  But that’s not how Jill is using poetry here.  For example she uses iambic meter in several sections to create a steady drum-beat of dread and inevitability.  She uses space breaks the way a poet uses them between stanzas to both pause the story and quicken the read.  While writing, she read the novel aloud to hear the sounds of the words (in fact, she has memorized much of it).  Whenever she was stuck and didn’t know what to write next, she started choosing her words the way a poet would — relying on sound, beat, image, and even how it looks on the page.  Yet what’s so remarkable about this, to me at least, is Jill has written a very plot-y novel and paced it like a thriller. What was involved in the scope of the editor/author process of working with Jill from initial manuscript to finished book? The manuscript I read on submission was strong and self-assured.  This made my job delicate — I didn’t want to mess up something that was mostly working.  Jill and I went over the novel line by line, making sure every word was in place and there was nothing extraneous or overwrought.  I paid particular attention to the passages concerning love and sex because I knew a certain kind of reviewer would pounce on any purple or overheated language.  I also asked Jill a number of questions about her protagonist, Anna.  We discussed how and why readers might interpret her, giving Jill a chance to respond (or not) in the text itself. Having already received much praise, drawing comparisons to such classics as Madame Bovary and Anna Karenina as well as mega-bestsellers such as Gone Girl and Fifty Shades of Grey, Hausfrau is well positioned as it enters the market.  What, in your view, sets Jill’s novel apart and what aspects do you think will most engage readers? I acquired world rights to Hausfrau at a fairly modest level because I wasn’t sure how readers would respond to such a controversial heroine.  I closed the deal the same morning I left for last year’s London Book Fair.  By the time the fair’s doors opened, foreign publishers were offering on the book.  I met with several of them, and so I had a chance to hear directly from readers around the world who were – I’m not exaggerating – obsessed with the book (one editor was in tears).  What I learned then, and continue to see today, is that people read the book differently — some see it as literary fiction, some see it as a psychological thriller, some emphasize the sex and love.  Jill’s UK publisher is calling it domestic noir (if that isn’t a category, it should be).  The novel is almost a Rorschach test.  The same is true with the protagonist, Anna.  Some people empathize with her.  Others love to hate her.  Some understand her.  Others find her a mystery.  The novel opens with this memorable line: “Anna was a good wife, mostly.”  That seems to capture why people are engaging with the book.  Readers are debating with passion and fury just how good a wife Anna was — or wasn’t. Read more about Hausfrau here.
Back to Top