Fiona Barton, bestselling author of THE WIDOW, is back to talk about THE CHILD. She and Amy discuss insatiable journalistic curiosity, hopping from one perspective to the next, and the most touching newsroom tradition.
Calvin Trillin, author of JACKSON, 1964, chats with Cara Cannella about his perceptions on race relations in America today. Learn about the book here: 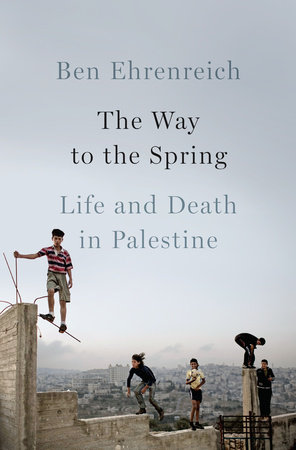 Learn more about The Way to the Spring below: 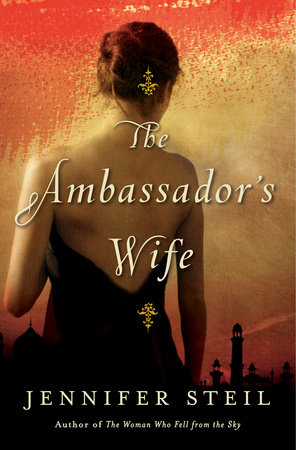 We know readers tend to be writers too, so we feature writing tips from our authors. Who better to offer advice, insight, and inspiration than the authors you admire? They’ll answer several questions about their work, share their go-to techniques and more. Now, get writing!  After developing an idea, what is the first action you take when beginning to write? Usually when I sit down (or often, stand up) to write, I start by re-reading and editing the previous day’s work. That gets me back into the world of the book. Then I just carry on with the story from where I left off. I am a somewhat disorganized writer. I don’t write outlines or think too far ahead when writing a first draft. I write fast first drafts that I finish in three to ten months, and then spend a couple of years editing. I often think of scenes as puzzle pieces or quilting squares, shuffling them around until they make sense. I do, however, often write a basic timeline so I can remember when pivotal events happen and how old everyone is. But the story itself emerges only when I am actually writing. Often I have no idea where the plot is heading until it emerges from my fingers. For this reason, I am a serious rewriter. I write at least a dozen drafts of each book. Much of the structure, plotting, and pacing emerges in later drafts. I think of my first drafts as skeletons, and each successive draft as layering on muscle, veins, fat, skin, hair, etc. Until it is a fully living book. Is there something you do to get into a writing mood? Somewhere you go or something you do to get thinking? One thing I learned fairly early on is that I cannot afford to wait to be in the right mood. For me, writing needs to be a daily discipline, like exercise. I do it no matter what mood I am in. The hardest part is getting myself to the computer and shutting off the Internet. Once I open the document and start working, I am suddenly in the mood. Work inspires work. Also, when you have a small child and the various diplomatic obligations that come along with being an ambassador’s wife, you write in every unscheduled moment, whenever those moments are. Did you always want to write? How did you start your career as an author? I have kept a journal since the day I learned how to write, but I never thought of myself as a writer until graduate school. I majored in theater in college and worked for several years as an actor. But eventually I became frustrated with the limited roles available to women. I wanted to play paleontologists and astrophysicists but ended up playing ingénues and prostitutes. It got old. I began writing some of the things I wished my characters would say and decided to go back to school. After getting an MFA in fiction writing and an MS in journalism, I worked in newspapers and magazines for years before finally writing my first book. I don’t think that first book would have happened, however, had I not taken an enormous risk by moving to Yemen to take over a newspaper. From the moment I accepted that job, I think I knew I was going to have a lot to write about! What’s the best piece of advice you have received? One evening in 1992 I was sitting in a bar in Bainbridge Island, Washington with a friend who is a brilliant and prolific composer. I was going on and on about various ideas I had for short stories, and he said, “You know, there comes a time when you have to stop talking about what you are going to do and start doing it.” I went straight home that night and wrote a short story. I still think about that conversation twenty years later. It gets me into the chair (or standing in front of the computer—I often write standing up). What clichés or bad habits would you tell aspiring writers to avoid? Do you still experience them yourself? Don’t wait to feel inspired. If you’re serious about writing you should be writing every day. Treat it like any other job. Schedule time for it, even if you only have a half hour a day. Turn off the Internet. Check Twitter and Facebook after you write, not before. I indulge in this bad habit too often. I write best when I schedule specific times of day to check social media. If you need to do research online, make notes in your draft of things to look up later, when you are done writing. Don’t ever send out a first draft. While there are a few writers out there who produce genius first drafts, most of us do not. Rewrite, rewrite, and rewrite your story until you feel you have absolutely taken it as far as you can. Then get a writer you trust to edit it. Rewrite some more. Take at least a day between drafts so that you can approach your work with fresh eyes. Do you ever base characters on people you know? Why or why not? Yes. But though real people often provide the initial spark or inspiration, the characters swiftly take on a life of their own. Ultimately I don’t think any of the characters I create resemble the people who originally inspired them except in the most superficial of ways. I observe the people around me with the eyes of a journalist, noting quirks and interesting phrases. There is so much rich material just floating around. The imagination takes off from there. Read more about The Ambassador’s Wife here.
NYTimes bestselling This Town author Mark Leibovich talks about his new book Citizens Of The Green Room with Lindsay.
Back to Top