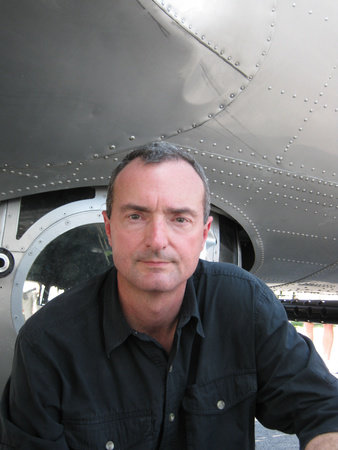 Tom Young is the author of six novels including The Mullah’s Storm, Silent Enemy, The Renegades, The Warriors, Sand and Fire, and The Hunters, the Sand and Fire e-book special Phantom Fury, and the oral history The Speed of Heat: An Airlift Wing at War in Iraq and Afghanistan. He also contributed to the anthology Operation Homecoming, edited by Andrew Carroll. Young retired from the Air National Guard in 2013 at the rank of senior master sergeant. He served more than 20 years as a flight engineer on the C-130 Hercules and the C-5 Galaxy, logging nearly 5,000 hours of flight time. His career included service in Afghanistan, Iraq, Bosnia, Kosovo, the horn of Africa, and elsewhere. Military honors include the Meritorious Service Medal, three Air Medals, three Aerial Achievement Medals, and the Air Force Combat Action Medal. Young holds degrees from the University of North Carolina at Chapel Hill, and studied writing there and at the Sewanee Writers’ Conference, among other places. He He lives in Alexandria, Virginia.

A Parson and Gold Novel