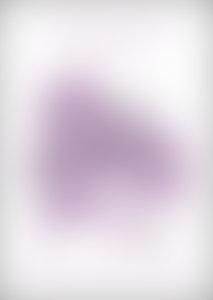 Louisa May Alcott was born in Germantown, Pennsylvania, in 1832, the second of four daughters of Abigail May Alcott and Bronson Alcott, the prominent Transcendentalist thinker and social reformer. Raised in Concord, Massachusetts, and educated by her father, Alcott early on came under the influence of the great men of his circle: Emerson, Hawthorne, the preacher Theodore Parker, and Thoreau. From her youth, Louisa worked at various tasks to help support her family: sewing, teaching, domestic service, and writing. In 1862, she volunteered to serve as an army nurse in a Union hospital during the Civil War— an experience that provided her material for her first successful book, Hospital Sketches (1863). Between 1863 and 1869, she published several anonymous and pseudonymous Gothic romances and lurid thrillers. But fame came with the publication of her Little Women (1868– 69), a novel based on the childhood adventures of the four Alcott sisters, which received immense popular acclaim and brought her financial security as well as the conviction to continue her career as a writer. In the wake of Little Women’s popularity, she brought out An Old- Fashioned Girl (1870), Little Men(1871), Eight Cousins (1875), Rose in Bloom (1876), Jo’s Boys (1886), and other books for children, as well as two adult novels, Moods (1864) and Work (1873). An active participant in the women’s suffrage and temperance movements during the last decade of her life, Alcott died in Boston in 1888, on the day her father was buried.

Sign me up for news about Louisa May Alcott

Books by Louisa May Alcott

Books by Louisa May Alcott published by PRH Grupo Editorial

Books by Louisa May Alcott published by The Library of America

Work: A Story of Experience

More Series From Louisa May Alcott