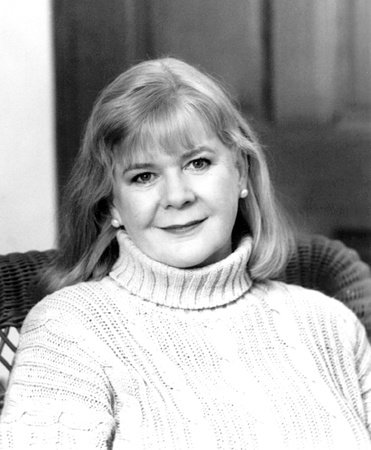 “For me, completing a novel is like putting the last piece of a puzzle into place. What could be more rewarding?”—Sally Warner

Sally Warner lives in Pasadena, California. She also spends time at the beach and on a farm in the Adirondacks in upstate New York, where she continues to write and work on her art.

Although I have worked most of my life as a visual artist, and only started to write fiction in the last few years, I think I can trace my beginnings as a novelist to my childhood. My family moved from Connecticut to California when I was eight, and shortly after that I began a secret formal ritual: every year, I would tell myself a story. In retrospect, each story was amazingly detailed and complete—which is not surprising, as it might easily have taken me two or three months to invent. My romantic stories, sometimes vaguely historical, usually centered around a fascinating young girl. She was often misunderstood, but always beautiful! I liked the imaginary lives I created, but what pleased me most was the storytelling process itself. I lost myself in it.

During all those years, though, I never wrote any of my stories down. In fact, I made no connection between what I was doing and “real” storytelling; for me, it was simply something that pleased me, something to keep private.

I always read like crazy, hurrying home from the library each week with my six agonizingly chosen books. As the saying goes, I read everything I could get my hands on, even going so far as to turn in an earnest fourth-grade book report on a naughty “career gals in New York” potboiler I stumbled across. I highly recommended it; my teacher was appalled.

How I Became a Writer

After teaching art education in college for ten years, and working on my own art, I decided that I wanted to write as well. I started with nonfiction. My first two art project books for adults helped me learn to put words together with some clarity and color. My third nonfiction book for adults was made up of interviews and my own observations, and it was more of a writing challenge.

Only then did I start to write for children; you might say I worked my way up to it. I had always admired and collected children’s books, and I used them in my teaching whenever possible. Since I am a visual artist, friends had expected me to illustrate picture books someday. I love writing, though, and decided to concentrate on that. I find writing for children to be the ultimate storytelling challenge.

It was a big leap moving from nonfiction to fiction. Unagented, I was lucky enough to receive generous editorial feedback from two people at the very start, and I was smart enough to listen to it. This was the start of my crash course in fiction writing.

But the biggest breakthrough for me as a writer came when I started letting a story develop naturally, if sometimes uncomfortably, rather than forcing it to conform to a preconceived plan. In other words, I reverted in some basic way to my childhood storytelling methods.

For me, completing a novel is like putting the last piece of a puzzle into place. What could be more rewarding?

My first children’s novels take place in Philadelphia, a city I used to visit for a couple of months each year. Dog Years was inspired by my own childhood musings about time, having been a kid who once thought she might die of old age in the sixth grade. And when I read a few years ago that there were 1.5 million people in U.S. prisons, I started to think about the children of those prisoners. Along came Case Hill—my first protagonist—a school cartoonist, as I once had been.

Case’s buddy Ned is the focus of Some Friend, which explores the nature of friendship, and their mutual friend Ellie Lane is the star of Ellie and the Bunheads, a book about what it is like to be a ballet dancer—or to work hard as a young person in any of the arts, really. Ellie and the Bunheads comes directly from my younger son’s experience as a serious dance student: he is a professional now, currently with the Pittsburgh Ballet. My oldest son graduated from Art Center College of Design in Pasadena and currently teaches and works in computer animation.

Most of the time, I live and work in a small Craftsman bungalow in Pasadena, California. I write and draw in different places: my writing room is inside the house, while my art studio is a converted one-car garage in the backyard.

There is a redwood tree in my front yard and lots of wildlife. Birds are everywhere, even hawks, wild parrots, and a California scrub jay I raised, taught to fly, and released. I have two cats, the ancient but still flirtatious Domino and her elderly son Flopsy.

My work is divided between visual art and writing. In the studio, I work on charcoal drawings—most recently of very old toys, each one brimming with lost stories. And when I write, the colors and shadows in my stories fill my mind.

It seems as though the boundaries between my art and my writing are starting to disappear! I look forward to turning the page and seeing what happens next. . . .

SWEET & SOUR LILY
“Lily’s humorous first-person narrative will have great appeal for young children—a charming chapter book that should be a popular choice for reading aloud.”—Booklist


SORT OF FOREVER
“The talented Warner has previously explored the themes of friendship and change, but never more powerfully or affectingly than this piercing novel.”—Starred, Publishers Weekly

Absolutely Alfie and The Princess Wars