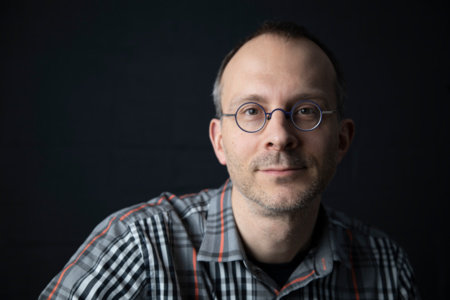 Tim Harford is an award-winning journalist, economist, and broadcaster. He’s the author of the bestselling The Undercover Economist, The Undercover Economist Strikes Back, Messy, Fifty Inventions That Shaped the Modern Economy, Adapt, and The Logic of Life. Harford is currently a senior columnist at the Financial Times and host of the BBC Radio 4 program More or Less. He has been named Economics Commentator of the Year (2014), won the Rybczynski Prize (2014–2015) for the best business-relevant economics writing, and won the Bastiat Prize for economic journalism (2006). He’s a visiting fellow of Nuffield College at the University of Oxford and lives in Oxford with his family.

The Logic of Life

Life often seems to defy logic. When a prostitute agrees to unprotected sex, or a teenage criminal embarks on a burglary, or a heavy drinker downs another whiskey, we seem to be a million miles from rational behavior. None of it makes any sense — or does it?

Using some remarkably clever techniques and imaginative perspectives, a bold new breed of economists is busily demonstrating that life makes more sense than anyone would have thought. Using every clue that comes to hand, from a laboratory brain scan to the hidden patterns in old maps, they are discovering that there is a surprisingly rational basis to the seemingly irrational world around us.

This is new territory for economics. Some early attempts to popularize economics read more like books of cute logical puzzles than investigations into the nitty-gritty of the world around us. But don’t blame the popularizers too much: that was actually a fair reflection of the way economists used to do their work.

Things are different now. The cutting edge of economics lies with the data detectives. It was this realization that made "Freakonomics" such a big hit. But "Freakonomics" was the story of just one economist, albeit a highly respected one, Steven Levitt. Other economists are also doing ground-breaking work, but until now they have typically labored under the radar of economics commentators.

The result of their work is that a long-standing economists’ view, "people behave rationally", has been transformed from a dry mathematical formulation into a more subtle account of human psychology, based on some intriguing evidence.

My aim in writing "The Logic of Life" was to tell the story of what this new breed of economists are discovering — and use it to throw new light on some of our everyday experiences, from surviving the workplace vagaries of office politics and idiot bosses to the difficulties of finding a dateable man if you’re a single girl living in a city. Once you discover the hidden logic behind such frustrations of everyday life, you start to see the world in a new way. The picture isn’t always pretty, but it is constantly fascinating.

So let’s look at those initial examples again. The teenage delinquents first: a lot of people believe that these wild troublemakers are incapable of understanding the risks of imprisonment. Those who argue that "prison works" often do so not because they think prison is a deterrent, but for the more straightforward reason that when the bad guys are in prison, they can’t rob your home.

But an ingenious look at the evidence suggests that teens have a closer eye on the legal system than you might imagine. Most countries and most US states have harsher systems for dealing with adults than with young offenders, but the differences are more pronounced in some places than in others. In the places where the difference is especially sharp, teenage crime drops dramatically when the teenagers are old enough to go to an adult prison. In the places where juveniles and adults are treated similarly, they behave similarly. That scary kid in the hoodie may be a nasty piece of work, but he’s still a rational criminal.

What about the drinkers? It won’t surprise you to hear that when taxes on alcohol rise, people cut back on drinking a little. What is surprising is that alcoholics respond to high alcohol prices more than anyone else. We know this by looking at medical records: when alcohol price rise, cases of liver damage fall much more dramatically than the total consumption of booze. The alcoholic is not in complete control of himself, but he knows when his habit has become so expensive that cold turkey is the rational option.

As for the prostitutes and their use of condoms, economists interviewed many working girls and discovered that they would often leave a condom unused in exchange for a 25 per cent increase in pay. That may strike you as likely to be a result of their lack of education, until you discover that the danger money negotiated by the prostitutes was very similar to the premium in pay received by lumberjacks, soldiers, firefighters and other people in risky professions. They risk their lives for money, but it’s carefully calculated, well-informed and disturbingly rational risk.

Each of these discoveries focuses on the ugly side of life, but that is a common feature of the new economics explored in "The Logic of Life" – the way that individually rational decisions can add up to socially irrational outcomes. Take the way a city tends to separate out into plush districts and rough ghettos — a computer model shows how it can happen due to individually rational decisions (and statistical number-crunching shows that the “up-and-coming” rough districts rarely do up-and-come, no matter what real estate agents would have you believe).

Of course, people do not always behave rationally. "The Logic of Life" shows the bizarre ways in which we bungle the choices in front of us.

And yet the odd thing is not how commonplace these mistakes are, but how subtle and unusual — usually when we are confronted with the unexpected. When we are faced with the choices we make everyday in our relationships or our jobs, we are unconsciously performing a cost-benefit analysis of staggering complexity.

My favorite example: David Beckham and top footballers like him have been shown by economists to mix up their penalty kicks according to the surprisingly-complex prescriptions of economic theory. Something tells me it’s not because they solved the equations: we all work these things out without knowing that we’re doing so.

If David Beckham is smart enough to figure out game theory — without even knowing he’s doing it — then so am I and so are you. And it’s our unconscious rationality that shapes our often illogical-seeming world.