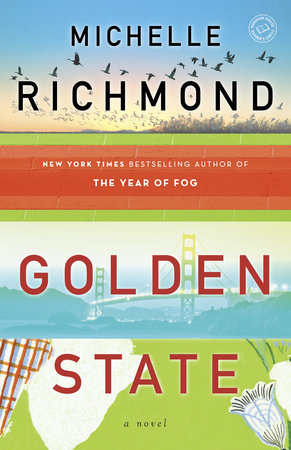 A Conversation with Michelle Richmond


Random House Reader’s Circle: Why did you decide to set the novel against the backdrop of a vote for secession?

Michelle Richmond: I am fascinated by the fact that so often things that seem impossible are actually very much within the realm of possibility. Every day in the news, there’s something else that completely explodes our expectations. Tom’s radio show, Anything Is Possible, is a tribute to that notion, and I hope this novel is a tribute to that notion as well. Personally, to be clear, I don’t think that California should or will go anywhere, but there’s been so much secession talk on the fringes for years, from states as diverse as New York, Texas, Colorado, and California, that it seemed worth exploring what would happen if the concept of secession moved from the outermost fringes to the mainstream. I also am interested in the way characters live out their lives against the backdrop of the larger world, which is what every one of us does, every day. Only days after moving to California, I experienced my first tremor. I’d been in hurricanes and tornadoes, but this was the first time I’d felt the ground move beneath my feet. It sent a powerful message: that stability is an illusion, and that we have no way of knowing when everything is going to change. Fifteen years have passed since I felt that first tremor, and I’ve felt hundreds of them since then. I am accustomed to them, but I don’t imagine I’ll ever be immune: every time the house moves—-whether it’s a quick jolt or a slow roll—-I’m reminded that we live on a fault line. To me, this seems like an apt metaphor for marriage in particular and for life in general.

RHRC: In Golden State, as in The Year of Fog, the couple is suffering from the loss of a child. Can you talk a bit about this theme and why you are drawn to it?

MR: The worst thing I could imagine as a child was being separated from my parents. Now that I am an adult, I see this fear of separation from the other side. As a child, you fear the loss of protection, but as an adult, you fear the inability to protect a child who is in your care. In my mind, Julie is deeply in love with Tom, and always will be. But there is something about the love for a child that is very different and more fierce than romantic love—-I believe it must have something to do with the need to care for those who are incapable of caring for themselves.

RHRC: You have said in the past that you never outline, and that you don’t know where a book is going when you begin. How much did you know about this story when you began writing it?

MR: Well, I knew from the start that it would be the story of a marriage. I am always intrigued by what holds a couple together, and by what it takes to sever the bonds that, at some point, were strong enough to justify a vow of lifelong commitment. For Julie and Tom, there is this deep love and passion and mutual respect that have kept them together for so long, but things happen, things largely beyond their control, to threaten that love. Will the center hold? That was the question I began with, and I had no idea when I started writing what the answer would be. But it was important to me that Julie and Tom both be characters as decent as they were flawed. I also knew, when I began writing the novel, that three relationships would be central to the novel: the marriage, Julie’s relationship with her sister, and the couple’s relationship to the lost child. It was only much later—-years into the writing of the book—-that Dennis became a strong force. He sort of took me by surprise and added a new element to the novel. This is where the author–editor relationship comes into play; in this case, my editor noticed a character that had been lurking fairly quietly on the sidelines and basically said, “What’s the deal with this guy?” It was a good question, one that forced me to look at the story from an entirely different angle. When I began exploring Dennis’s role in Julie’s life, I thought about all of the relationships we enter into sort of blindly over the course of our adult lives. And I thought about how much of ourselves we make known to people, and how easily we sometimes trust others with our deepest secrets and fears. What interested me about Dennis were the long–term repercussions of that trust.

RHRC: There’s a lot of music in your book. Do you listen to music when you write?

MR: I’ll sometimes listen to instrumentals, but I never listen to music with lyrics while I’m writing. It gets in my head. When I’m not sitting down writing, though, there’s always music in our house. My husband used to DJ at UCLA when he was in college, and he’s always on the lookout for new acts, or new albums by people you haven’t heard of in twenty years. In our house, I buy the books and he buys the albums, and then we share.

RHRC: How did you research this book?

MR: Well, I spent a lot of time driving, walking, and taking the bus up and down California Street! Most people in San Francisco never use the cable cars, and when I started writing this novel, I’d been living in San Francisco for years but hadn’t ridden a cable car since I was there on a family vacation when I was thirteen. Sometimes, some of the research happens before the idea of the book ever takes hold, and that was the case with this novel. At the time I began writing it, my little boy attended the preschool on the campus of the Veterans Administration Hospital in San Francisco. It’s this amazingly beautiful place, and I felt so fortunate to drop him off there every day. But I was also aware that the hospital served a population of veterans who had seen the very worst of war. This was also at a time when the patient population was beginning to change, and when many veterans were coming home with terrible wounds that would not have been survivable in previous wars. A general internist at the hospital generously allowed me to shadow him and his residents. I took copious notes, but it goes without saying that much of what I witnessed on rounds and in the lectures went over my layperson’s head. When it comes to the actual medical terminology of the book, I should emphasize that any failures in logic or procedure are, of course, entirely my own! I also read a lot of first–person accounts by veterans of the wars in Iraq and Afghanistan and talked with friends in the military. We expect so much from our service members, and when they come home, I think we civilians sometimes feel awkward around them. There is this sense of not knowing quite what to say, of being curious but afraid to ask questions that would be intrusive or would force them to recount what they’ve been through. I tried to capture that in the relationship between Julie and her sister: Julie knows that Heather has been through a great deal, but she also knows that it’s something she will never entirely be able to understand.

RHRC: If you hadn’t become an author, what career would you have pursued?

MR: Well, I am endlessly fascinated by outer space. I spend a lot of time reading about newly discovered planets and the Martian atmosphere. I do weird things like attend the SETI (Search for Extraterrestrial Intelligence) conference and stay in the hotel with all the Artificial Intelligence people just to soak up the conversation. I ask my son at least once a month, “Honey, do you think you might like to be an astronaut?” I’ve made my husband sit through the planetarium show at the California Academy of Sciences more times than I care to admit, and it has never once failed to move me to tears. So, I would love to say that I would have become a physicist had I not become a writer, but that simply would not have been possible. We are not always given the brains that we would choose. I am very, very happy to be a writer, and I am keenly aware that my gray matter supports the writing life quite well but would not be particularly well suited for a life observing the unknown universe. I must stick, then, with the known universe, and spend a lot of time staring at the stars.

1. The author uses an unconventional timeline to tell her story, moving back and forth between past, present, and earlier that morning. What elements does this add to the reading experience? How would the experience have changed had the author used a strictly linear approach?

2. How are music and lyrics important throughout the story? What does the incessancy of Tom’s voice on the radio mean to Julie?

3. Describe how Heather and Julie’s relationship changes. What are the most influential moments? If you were Julie, would you have been able to forgive Heather?

4. On page 148, Julie questions her and Tom’s relationship by saying, “Without a child, are we even a family?” Ethan undoubtedly transforms Julie and Tom’s life, but does he prove that children are necessary to have a real family?

5. On page 80, Julie wonders, “Between a marriage one chooses and a blood relation one doesn’t, shouldn’t marriage be the more powerful bond?” Does Julie find an answer to this question? Which do you think is the stronger bond?

6. What does Julie’s mother represent? Why are Julie’s memories of Mississippi and her childhood so important? Why might she reflect on them during the stress of the hostage situation?

7. The characters in Golden State grapple with the idea of things either happening for a reason or happening due to cause and effect. Julie spends most of the novel defending the latter, but which do you believe in? Why?

8. Explain Dennis and Julie’s relationship. How is it possible that Julie could feel remorse for Dennis in the midst of a hostage crisis?

9. Throughout the novel, Julie views her life as a series of beginnings and endings, rather than a continuum of learning and growing. Does this mindset hurt or help her? Does her attitude change by the end of the novel? Through which interpretation do you view your life?

10. The author leaves certain questions unanswered at the close of the story. If you were to write a sequel, how would you tie up the novel’s loose ends?

11. On page 94, Tom says, “We become so used to the way things are . . . we can’t imagine things being any other way.” What does he mean by this? How does the premise of Golden State encourage readers to imagine the impossible?

12. Of all the themes in the novel—-forgiveness, family, belief, patriotism, identity, etc.—-which was the most relevant to you? Why?

Mine Are Spectacular!
Lynn Schnurnberger and Janice Kaplan

Too Close to Home
Susan Lewis

The Girl Who Came Back
Susan Lewis

A Wedding in Provence
Ellen Sussman

A Song I Knew By Heart
Bret Lott

Hearts on a String
Kris Radish

Ever After
Edwardo Jackson