The Man of My Dreams Reader’s Guide 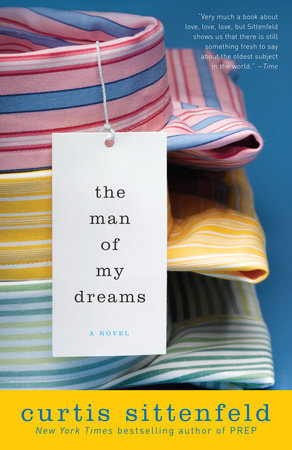 The Man of My Dreams Reader’s Guide

print
The Man of My Dreams Reader’s Guide

1. Hannah comes off as incredibly self-conscious–about her looks, about what she says and how she says it, about the way she interacts with men. How similar is Hannah’s angst to that of other young women? Is she an extreme case? Or are most young women beset by similar insecurities?

2. How do you think the rocky marriage of Hannah’s parents–and her father’s harsh temper–shaped her attitudes toward men? Is her difﬁcult family life at the heart of Hannah’s inability to settle into a relationship, or is there some other cause? Why does her sister, Alli­son, seem to have less trouble ﬁnding domestic tranquility?

3. What do you think of Hannah’s relationship with Allison? Is theirs a typical sibling relationship? Is one of them more to blame than the other for the friction that ﬂares up between them?

5. At one point Hannah considers, “Perhaps it is [she] who has allowed herself to be deﬁned by men: ﬁrst by worrying about what it meant that she wasn’t dating them, then by making up new worries when she was.” Is Hannah right about herself? How common is it for women in general to let themselves be deﬁned by their relation­ships with men?

6. What do you think of Hannah’s friendship with Henry? Does she build him into something he’s not? Is she too good for him? Is he too good for her? What would have happened if their relationship had turned romantic?

7. At one point Hannah asks herself, “Underneath all the decorum, isn’t most everyone judgmental and disappointed? Or is it only certain people, and can she choose not to be one of them?” What do you think are the answers to Hannah’s questions? How much agency do people have in choosing whether or not to be happy?

8. Most of this book is told in the third person, yet it ends in the ﬁrst person, with a long letter that Hannah writes to her therapist. Why do you think the author chose to end the book this way?

9. What does the character of Hannah’s therapist bring to the book? How essential is she in helping Hannah ﬁgure things out about herself?

10. At one point Hannah comments, “When I think of Henry and Oliver and Mike, I feel as if they are three different models– templates, almost–and I wonder if they are the only three in the world: the man who is with you completely, the man who is with you but not with you, the man who will get as close to you as he can without ever becoming yours.” Are there other templates that Hannah hasn’t encountered yet? Does thinking about men in this abstract way, and dividing them into such strict camps, keep Hannah from experiencing a healthy relationship?

11. Did you identify with Hannah as a character? Or did her way of interacting with the world feel remote from your own experience?

12. Do you think men react differently to this book than women do?

13. Do you think this book has a happy ending? How do you think Hannah changes throughout the book? What has she ﬁgured out about men–and about herself–along the way?

14. Who do you think would be the man of Hannah’s dreams? Has she already met him? If not, what might he be like?

Learn More About The Man of My Dreams
print

How to Talk to a Widower
Jonathan Tropper

Happy All the Time
Laurie Colwin