“Why Do I Love These People?” Reader’s Guide 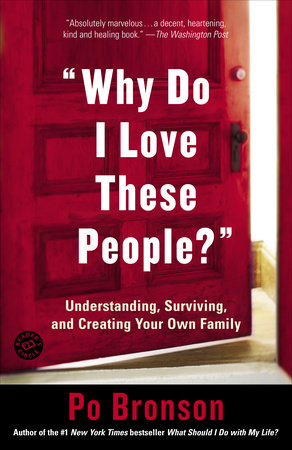 “Why Do I Love These People?” Reader’s Guide

print
“Why Do I Love These People?” Reader’s Guide

1. While reading, what memories of your own life came back to you? Do you see those events in a different light, having just read what other families have been through?

2. How did the fact that these are true stories, rather than fiction, affect the way you read the book?

3. People commonly invoke the phrase, “You can’t choose your family.” But in this century, while we might not get to choose who we come from, we do choose whether to live in the same state, how often to call, and whether to see our family once a week or once a year. In what ways have your relationships with various members of your family been your choice? In what ways have they not been your choice?

4. In “The Cook’s Story,” the Louie family’s fate turns when they get to visit their childhood home. Have you had any interesting experiences when visiting your own childhood home?

5. In “The Trial,” Vince Gonzalez writes to his mother, “Mundanity can be elevated to art by perception alone” (p. 58). What does this mean to you? Do you think the ability to see the beauty in the every­day and ordinary is key to healthy relationships?

6. In “Bumpkin,” it takes thirteen years for Doug Haynes to go from a young man who neglected his son to a very sensitive man who takes full responsibility for him. To pull it off, and to build trust, Doug becomes a listener, never telling Gabe what to do or ordering him around. How does your own father compare to Doug? How about your grandfathers? Has your father changed much over the years, becoming more tolerant, or a better listener?

9. In “The Butcher’s Wife,” Bronson talks about two styles of forgiveness–one that puts the burden on the atoner, and one that puts the burden on the forgiver. The first voice tells us not to trust again, the second voice tells us how important it is to forgive if only to move on and let go of our enmity. Which voice is louder in your head? Has reading this book affected those voices–has it changed how you see forgiveness?

10. In “Some Thoughts,” Bronson introduces us to one of the greatest mothers he has ever met, Mary Naomi Garrett. Then he admits that she never hugged her children, and that one of her children is missing (and might be dead) due to mental illness. Did that change your impression of Mary? Do you have preconceived notions of what a great relationship is supposed to be like? Do these notions ever blind you to the actual good that’s in your real relationships?

12. In “The Tornado,” do you think Charlie Taylor was more lenient on his children because his wife Susan had given him a second chance? How would you have handled learning that your fifteen-year-old daughter was pregnant? Would you have taken her out of school, as Susan did?

13. The chapters of this book are separated by questions that are meant to help us see all sides of family life. Two examples are “Do we need to have been taught what love is to give it to someone else?” and “Is it harder for them to accept you or for you to accept them?” Did these questions make you stop and think, either about the story you’d read or how it related to your own family?

14. Many of the protagonists in these stories are people who’ve made mistakes. Although they are portrayed as noble and Bronson clearly admires them, they have hurt their families, too–one neglected a son, several committed adultery, many of the parents disciplined their children physically, and several couldn’t make their marriages work. Did Bronson manage to keep you from disliking these people or judging them? Is he simply recording the reality that nobody’s perfect? Did you ever find yourself judging them when Bronson didn’t? If these people were your friends, rather than strangers on a page, would you judge them the same way?

15. Bronson explains that some family problems are external, while others are internal. By external he means that the world has put the family in crisis, and they can either bond together or be broken apart by that which challenges them, be it poverty, culture, migration, or discrimination. By internal he means that personality differences and actions toward one another cause the crisis. The families in this book have an abundance of both types of problems. Pick a story, and talk about which forces in it are external and which are internal.

16. For which person in the book do you most wonder, “What happens next?” What is it in his or her personality or story that makes you want to know more?

18. Bronson has said that he hopes this book will give encouragement to those who have been dissuaded from having a family because of endless reports about rising divorce rates, single parenting, and so on. Are you one of the people he’s talking about? If so (and even if not), do you think this book will help change that perspective?

20. Most of these stories are built around an indelible image that works metaphorically–Andrew’s tree, Jen’s bracelet, Andy’s greenhouse, silent car rides, a tornado, the river of family life, Brian’s palace, Uma’s boxes. Did it surprise you to find such a literary technique applied to a work of nonfiction? Which images do you think worked particularly well?

Learn More About “Why Do I Love These People?”
print
Back to Top