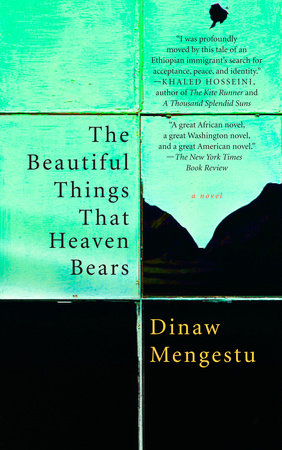 INTRODUCTION
Seventeen years ago, Sepha Stephanos fled the Ethiopian Revolution for a new start in the United States. Now he finds himself running a failing grocery store in a poor African-American section of Washington, D.C., his only companions two fellow African immigrants who share his bitter nostalgia for his home continent. Years ago and worlds away Sepha could never have imagined a life of such isolation. As his environment begins to change, hope comes in the form of a friendship with new neighbors Judith and Naomi, a white woman and her bi-racial daughter.

Dinaw Mengestu was born in Addis Ababa, Ethiopia, in 1978. In 1980, he and his family came to the United States. A graduate of Georgetown University and Columbia University’s MFA program in fiction, he lives in New York City.

Learn More About The Beautiful Things That Heaven Bears
print

Under the Feet of Jesus
Helena Maria Viramontes

How to Read the Air
Dinaw Mengestu

Birds Without Wings
Louis de Bernieres
Back to Top