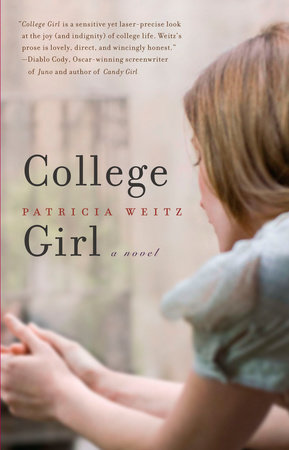 INTRODUCTION
College senior Natalie Bloom worked hard to get into the University of Connecticut. Having transferred from a local community college, she thinks she has finally made it. Although attractive and ambitious, she is insecure about her working-class family and intimidated by her classmates. She’s awkward at friendships with girls, and even more inept at relationships with boys. Still a virgin at the age of 20, it is the topic of sex that most baffles her. So she sticks with what she knows and spends most of her time at the library hidden behind stacks of books. That is, until she meets Patrick. Cultured, intellectual, and oddly attractive, Patrick seems to be the guy Natalie has been waiting for.

But the more time they spend together, the more Patrick seems to bring out the worst in Natalie. As their relationship escalates, Natalie must figure out who she is and take the steps to reclaim her sense of self, her confidence, and her ambition—before she loses it completely.

Patricia Weitz has worked for The Nation, The New Yorker, and the Los Angeles Times. She lives in Los Angeles with her husband, director and screenwriter Paul Weitz, and their two children.

Welcome to My Planet
Shannon Olson

A False Sense of Well Being
Jeanne Braselton

Come in and Cover Me
Gin Phillips

The Office of Desire
Martha Moody

The Clothes They Stood Up In
Alan Bennett

Love by the Book
Melissa Pimentel

A Week in October
Elizabeth Subercaseaux