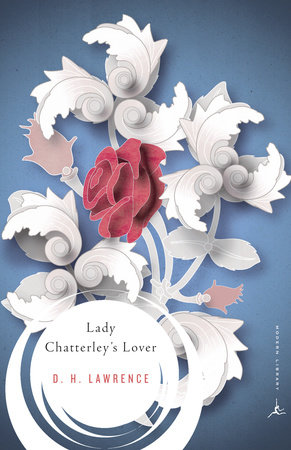 2.  What is the role of the manor house, the industrial village, and the wood in the novel?

3.  Many critics have argued that while Lady Chatterley’s Lover represents a daring treatment of sexuality, it is an inferior work of art, though other critics have called it a novel of the first rank. (“Lady Chatterley’s Lover,” F. R. Leavis writes, “is a bad novel,” while Anaïs Nin, on the other hand, describes it as “artistically . . . [Lawrence’s] best novel.”) What do you think?

4.  In “Apropos of Lady Chatterley’s Lover” (a defense of the book that he published in 1930), Lawrence wrote that “the greatest need of man is the renewal forever of the complete rhythm of life and death, the rhythm of the sun’s year, the body’s year of a lifetime, and the greater year of the stars, the soul’s year of immortality.” How is the theme of resurrection played out in the novel?

5.  From the time it was banned from unexpurgated publication in the United States and Britain until the trials in the late 1950s and early 1960s that resulted in the lifting of the ban, and even more recently, critics have argued over whether Lady Chatterley’s Lover is obscene and vulgar. Lawrence argues in “Apropos of Lady Chatterley’s Lover” that “we shall never free the phallic reality [i.e., sex] . . . till we give it its own phallic language and use the obscene words”; his goal was to purify these words. Critics have disagreed as to whether he succeeded in this goal; Richard Aldington notes, for example, that the words are “incrusted with nastiness” and “cannot regain their purity” and Graham Hough argues that “the fact remains that the connotations of the obscene physical words are either facetious or vulgar.” Do you think the novel is obscene or vulgar, or do you think Lawrence succeeds in his mission?

6.  “The essential function of art is moral,” Lawrence once wrote. “Not aesthetic, not decorative, not pastime and recreation. But moral.” Do you think this proposition informs the shape, structure, and meaning of Lady Chatterley’s Lover, and if so, how?

7.  Critics have often complained that one of Lawrence’s weaknesses as a novelist is his characterization. So John Middleton Murry writes of Sons and Lovers that “we can discern no individuality whatever in the denizens of Mr. Lawrence’s world. We should have thought that we should have been able to distinguish between male and female at least. But no! Remove the names, remove the sedulous catalogues of unnecessary clothing . . . and man and woman are as indistinguishable as octopods in an aquarium tank.” And Edwin Muir comments generally that “we remember the scenes in his novels; we forget the names of his men and women. We should not know any of them if we met them in the street.” Do you think this applies in the case of Lady Chatterley’s Lover? If so, do you think it is a fault or a virtue?

8.  How does nature imagery function in the novel?

The Death of the Heart
Elizabeth Bowen

The End of the Affair
Graham Greene

The Voyage Out
Virginia Woolf

Persuasion
Jane Austen
Back to Top