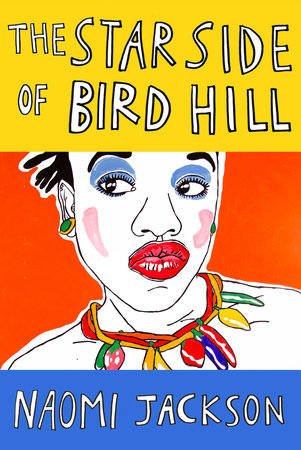 Editors get very passionate about books they work on – the Editor’s Desk series is his or her place to write in-depth about what makes a certain title special. Get the real inside-scoop on how books are shaped by the people who know them best. I fell in love with Naomi Jackson’s debut novel about a matriarchal family in Barbados, The Star Side of Bird Hill, from the opening page. In short order, Jackson indelibly captures Barbados’ Bird Hill neighborhood and the two young Braithwaite sisters who have left Brooklyn to come and live there with their grandmother. From its very first line, Star Side plunges us in this very specific, very beautiful community: The people on the hill liked to say that God’s smile was the sun shining down on them. Jackson’s first descriptions of the girls at the heart of this novel are also stunning. Dionne, the elder sister, is “sixteen going on a bitter, if beautiful, forty-five.” Phaedra, age ten, saw “her skin had darkened to a deep cacao from running in the sun all day in spite of her grandmother’s protests… Glimpses of Phaedra’s future beauty peeked out from behind her pink heart-shaped glasses, which were held together with scotch tape.” Before I turned to the second page, I was fully immersed in this place, and I felt I had known these girls for years. Author Naomi Jackson grew up in a predominantly West Indian neighborhood in Brooklyn and spent summers in Barbados with her family. There is a strong autobiographical element to Star Side, which explores themes of immigration and identity, motherhood and family, sexual awakening and coming of age, and mental illness and belonging. After their mother’s breakdown in New York forces them into exile in Barbados, Dionne spends the summer in search of love, while Phaedra explores Bird Hill, where her family has lived for generations. The girls’ grandmother, Hyacinth, is a midwife and practitioner of the local spiritual practice of obeah. Hyacinth is a magical character, and the novel beautifully explores parenthood through her loves and losses. Her daughter Avril left Barbados for good when she fell for the girls’ father Errol. When Errol arrives to reclaim the sisters, the girls must choose between two worlds, as their mother once did. It has been so gratifying to see in-house readers, booksellers, and reviewers connect with this lyrical narrative. Jackson’s Barbados captured our imagination, and her characters are unforgettable, especially the heartbreaking young Phaedra.The Star Side of Bird Hill is an Indies Introduce selection, and many of our independent bookselling partners told me at BEA how excited they were to get this novel into the hands of their more advanced YA readers, as well as their adult readers who love transporting, literary fiction. I look forward to seeing many more readers fall for Star Side and the very talented Naomi Jackson. Read more about The Star Side of Bird Hill here.
Back to Top