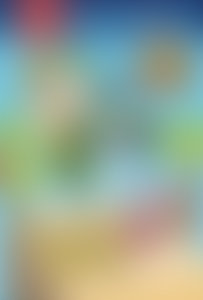 Jason Fruchter has been an animator and illustrator for children’s media for decades. He graduated from the Rhode Island School of Design with a BFA in 1992, and later moved to New York City to work for MTV Animation. In 2001, he cofounded A&J Studios, and has worked with Cartoon Network, Disney, Nickelodeon, and Sanrio. His books include Callie’s Cowgirl Twirl, Christmas Countdown, and Alphabet Magic. He lives in Seattle, Washington.

Follow Your Nose! A Scratch-and-Sniff Adventure (Nella the Princess Knight)

Truck or Treat! (Blaze and the Monster Machines)