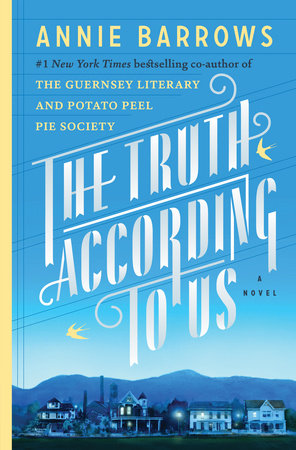 Editors get very passionate about books they work on – the Editor’s Desk series is his or her place to write in-depth about what makes a certain title special. Get the real inside-scoop on how books are shaped by the people who know them best. I recently had the very good fortune of watching Annie Barrows sign her newest adult novel, The Truth According to Us, in the PRH booth at BEA (Book Expo of America). Not only did I get to observe how fans responded to seeing Annie, but I got to speak with them as they were waiting patiently in line. I met so many fans of The Guernsey Literary and Potato Peel Pie Society —the novel she wrote seven years ago with her beloved aunt, Mary Ann Shaffer, who has since passed away—and heard how it embedded itself in readers’ hearts and minds and is as treasured now as it was so many years ago. I also met so many fans of Ivy and Bean —the iconic children’s book series Annie has been writing for years and has touched so many lives—old and new. 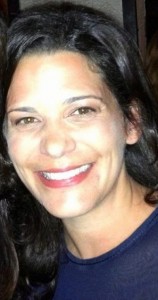 What was clear to me was that Annie has the ability to intimately connect to you through her work, no matter what she writes and no matter who her intended audience is—whether it’s an adult novel or one for children. And what’s truly remarkable to me is how organic it was for her to blend elements of both those worlds into her new novel, The Truth According to Us. Annie feels at her best when she’s writing from the perspective of a young narrator, which is why twelve- year-old Willa Romeyn shines as one of the powerful and endearing voices in The Truth According to Us. She’s been compared quite a bit, by reviewers and readers alike, to having shades of Scout Finch from To Kill a Mockingbird. Willa’s voice is joined by those of two adult characters, her beloved Aunt Jottie (beloved aunts seem to be a theme here!) and Layla Beck, a senator’s daughter who is assigned to write the first official history of Macedonia, West Virginia, and is taking the small town by storm. This union of youth and wisdom is exactly what makes The Truth According to Us, and Annie, so special. I think it’s Annie’s love for her characters that inspires us to love them as well—no matter their age. And I think it’s the wisdom and charm she infuses in every book she writes that makes you feel connected to her world—and yours—just a little bit more. Aunt Jottie advises Willa: “What you need is some of that Macedonian virtue. Ferocious and devoted folks are just hell on a stick when it comes to digging up secrets. You just try keeping a secret from a virtuous Macedonian.” That thought came to me often in the line at BEA, because as devoted as Macedonians are to figuring out the truth, we as readers are as devoted to Annie for bringing it all to light for us. Read more about The Truth According to Us here.
Lindsay sits down with the Marie Lu, author of the Legend Trilogy live at BEA.
Lindsay interviews Alyson Richman, author of The Garden of Letters live at BEA.
Amy interviews Beatriz Williams, author of The Secret Life of Violet Grant, live at BEA.
Amy interviews Courtney Collins, author of The Untold.
Amy interviews Jason Porter, author of Why Are You So Sad?, live at BEA.
Amy interviews Kim Karr, author of Mended, live at BEA.
Amy interviews Jolie Kerr, author of My Boyfriend Barfed In My Handbag, live at BEA.
Amy interviews Suzane Colasanti, author of Now & Forever, live at BEA.
Lindsay sits down with Reed Farrel Coleman, author of Robert B. Parker’s Blind Spot, live at BEA.
Back to Top